A Majestic Future For The ‘King of Birds’ 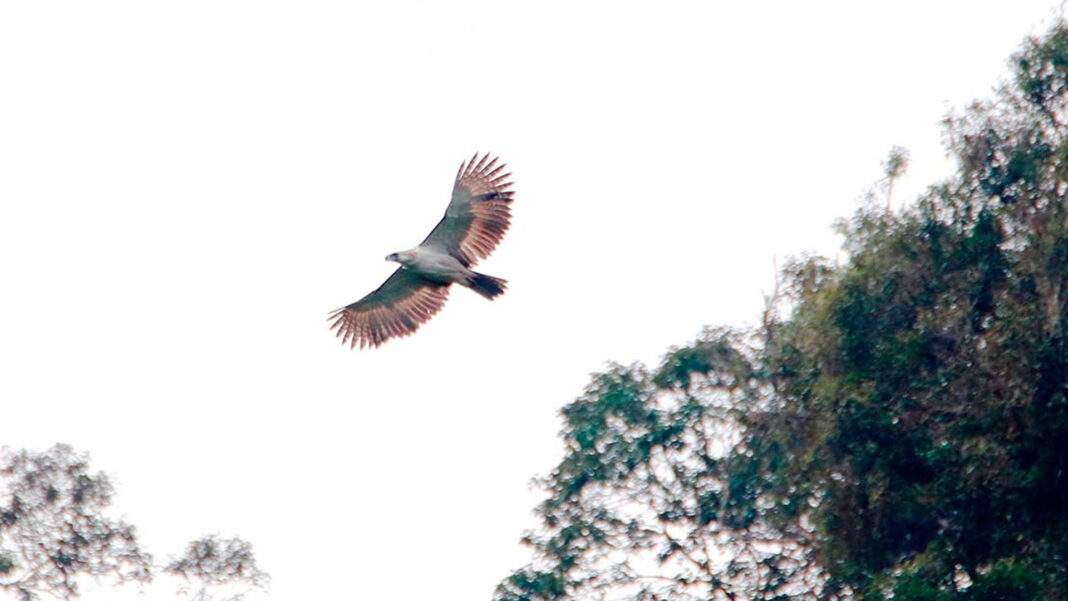 A Majestic Future For The ‘King of Birds’

It is a little-known fact that the Philippine national bird may be another source of global pride for Filipinos. Aside from being considered as one of the largest and most majestic in the world, the Philippine Eagle (Pithecophaga jefferyi) is also found exclusively in the country, making it a truly meaningful and fitting national symbol.

However, information about the Philippine Eagle remains largely scarce. It does not help as well that the predator bird is listed as a critically endangered species by the leading global environmental group International Union for Conservation of Nature (IUCN).

In order to mitigate such threat of extinction, nonprofit organizations such as the Philippine Eagle Foundation (PEF) have been on a mission to learn as much as it can about this remarkable creature through proper scientific field surveys across the country, locating its nesting territories and studying its existence in its natural habitats.

Such a task is challenging indeed, but with the support of the Department of Environment and Natural Resources (DENR) as well as private sector partners such as Energy Development Corporation (EDC), PEF is proud to share that great strides have already been achieved toward the documentation of the Philippine Eagle—leading to the ultimate goal of being able to successfully and sustainably propagate its species.

Last year, the three organizations launched the “Search For The King Of Birds” project, centered on a survey of EDC’s Mt. Apo Geothermal Project (MAGP) based in Barangay Ilomavis, Kidapawan City in Cotabato. Lopez-led EDC, being the country’s largest renewable energy producer by way of its geothermal operations, has long been at the forefront of environmental conservation with its corporate social responsibility (CSR) initiatives.

As early as the project’s initial expeditions in July and September 2019, the PEF already reported promising results of the presence of a lone Philippine Eagle, estimated to be just a little over 3 years old and still unpaired. With its latest report in November 2020, PEF continues to report pleasant and exciting findings about what seems to be the thriving existence of the Philippine Eagle in natural habitats such as Mt. Apo.

Despite the challenges of the COVID-19 pandemic, the PEF team observed the necessary health protocols and pursued its scheduled expedition. The efforts proved rewarding as PEF detected a pair of eagles along with an estimated two-year-old young within the area of Kipolot Falls in Barangay Bongolanon in the Municipality of Magpet.

“The expedition team seeing what appears to be their courtship routine made our hearts race,” said Jayson C. Ibanez, PhD, Director of Research and Conservation at PEF. “In a world that has lost so much because of the COVID-19 pandemic this 2020, it is heartening to see that our Philippine Eagles are regenerating in their new nesting territory. Following the eagle’s nesting cycle on Mindanao, the eagle pair could be laying an egg soon.”

These good news are encouraging indications indeed of a bright future for the Philippine Eagle. In a separate incident in July, a young female Philippine Eagle was found in a vulnerable state in Barangay Kisante in the Municipality of Makilala, also near EDC’s MAGP. Christened “Makilala-Hiraya,” the local DENR and PEF released it back into the wild in a target site within EDC’s MAGP so that it may be properly monitored for the next six months until its safety and independent existence may be established.

“We are pleased with these developments that indicate our thriving biodiversity in MAGP where we continue to grow and maintain our highest reforestation areas as we generate clean, renewable energy for the country,” said Atty. Allan V. Barcena, head of EDC’s Corporate Social Responsibility and Public Relations group.

These are just a few of the many heartwarming stories of survival and triumph of the Philippine Eagle that EDC has been privileged to be part of, with the company being a partner of PEF for close to two decades now. In 2012, EDC participated in PEF’s “Adopt-An-Eagle” program and christened a Philippine Eagle “Geothermica,” taking the bird under its care and support. In May last year, Geothermica along with a mature female Philippine Eagle named “Sambisig” were lent to Singapore’s Jurong Bird Park as part of a wildlife conservation agreement between the DENR and Wildlife Reserves Singapore.

“By elevating the environment through our long-term partnership with PEF, we in EDC are able to fulfill our mission of forging collaborative pathways for a decarbonized and regenerative future,” Barcena added.

As the Philippines along with the rest of the world enters a new age of uncertainty in a post-pandemic world, a beacon of light and assurance shines in the majestic flight of the Philippine Eagle as a sign of the triumph of Mother Nature against threats and challenges.