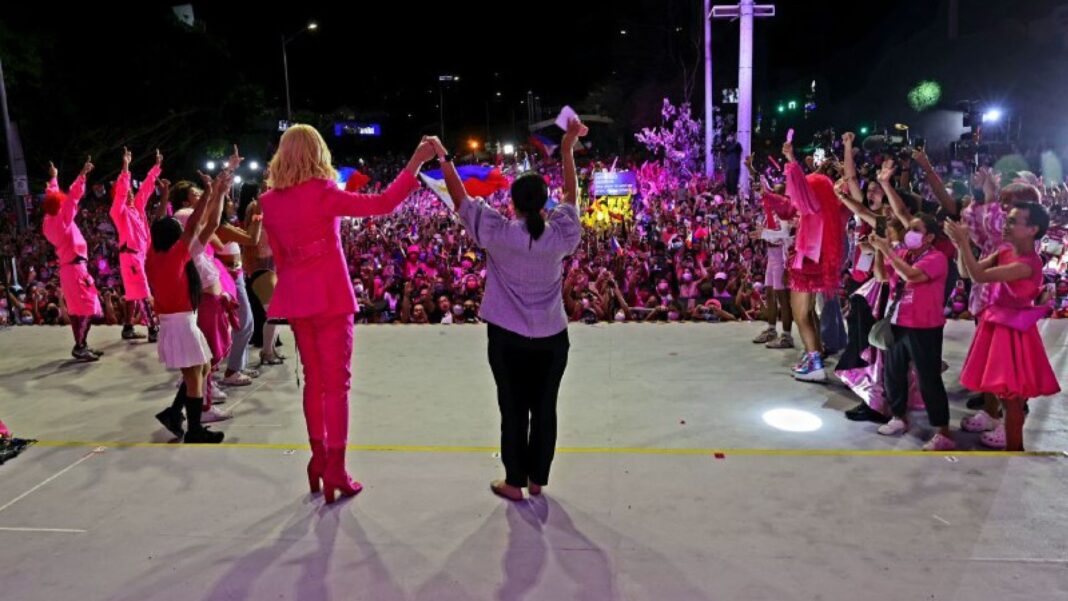 The birthday celebration of Vice President Leni Robredo held last Saturday at Macapagal Boulevard in Pasay City remains one of the top discussion topics as it was not only a show of force, but it was also a star-studded affair with entertainment’s biggest names attending to express support for her presidential run. 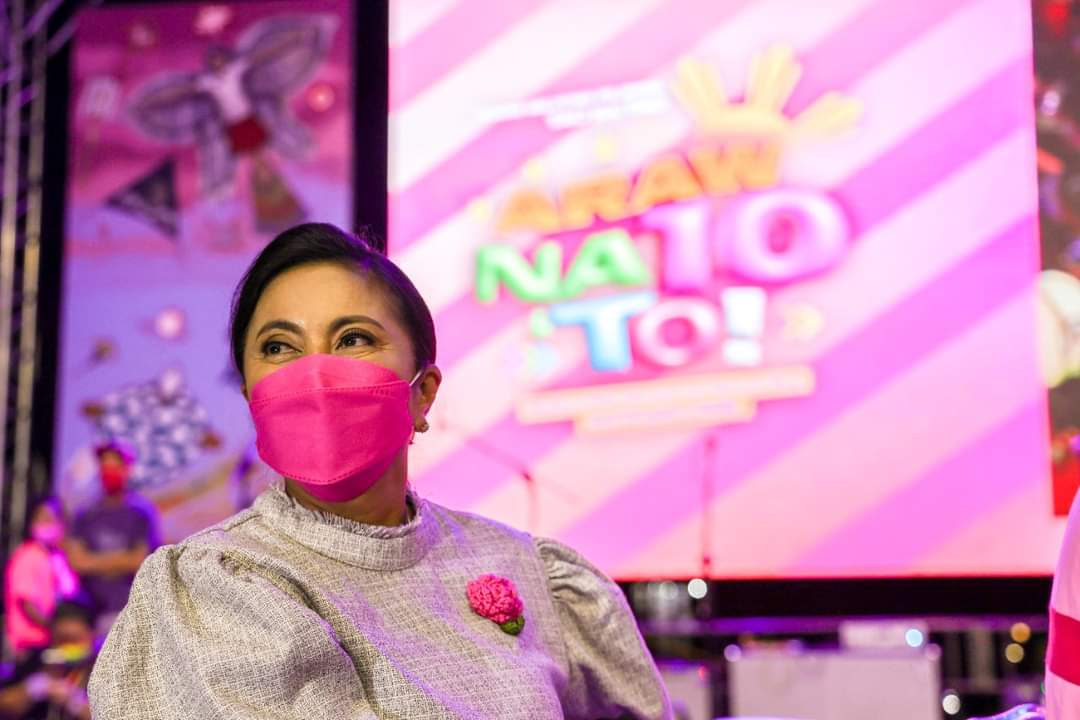 For the first time, Vice Ganda, Regine Velasquez, Janno Gibbs, Maricel Soriano and Gary Valenciano appeared in the record-breaking grand rally, which was attended by around 420,000 supporters.

Gary Valenciano shared the stage with his son Gab Valenciano as they sang and danced to the delight of the crowd while Ben & Ben, Bayang Barrios, Jona, Juan Karlos, Kerwin King, Imago, Jolina Magdangal, Rivermaya, Moonstar88, The Company, Celeste Legaspi, and APO’s Boboy Garovillo and Jim Paredes were among the musical artists who enthralled the crowd. 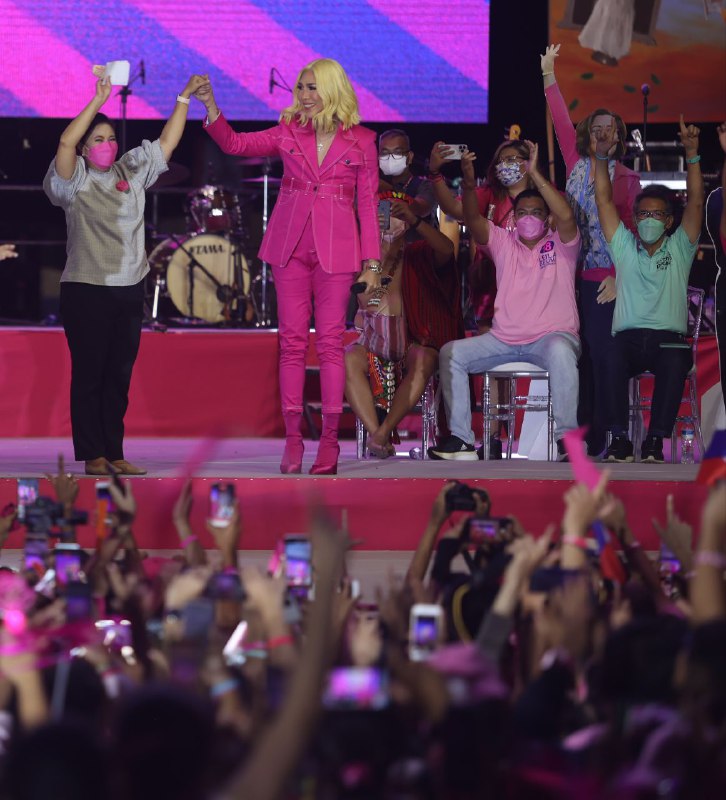 Vice Ganda’s appearance was the evening’s biggest surprise as she arrived on stage wrapped wearing a pink outfit with a long trail with a print that read, “Leni Robredo is my president.” 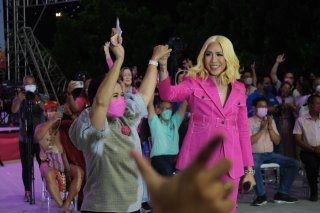 Vice Ganda added the Filipino people and families are the winners if Robredo prevails in the May elections.

John Arcilla, Venice Film Festival 2021 Best Actor, and Angel Locsin delivered inspirational speeches where they stressed the importance of Leni’s victory in the May elections for the Filipino people. 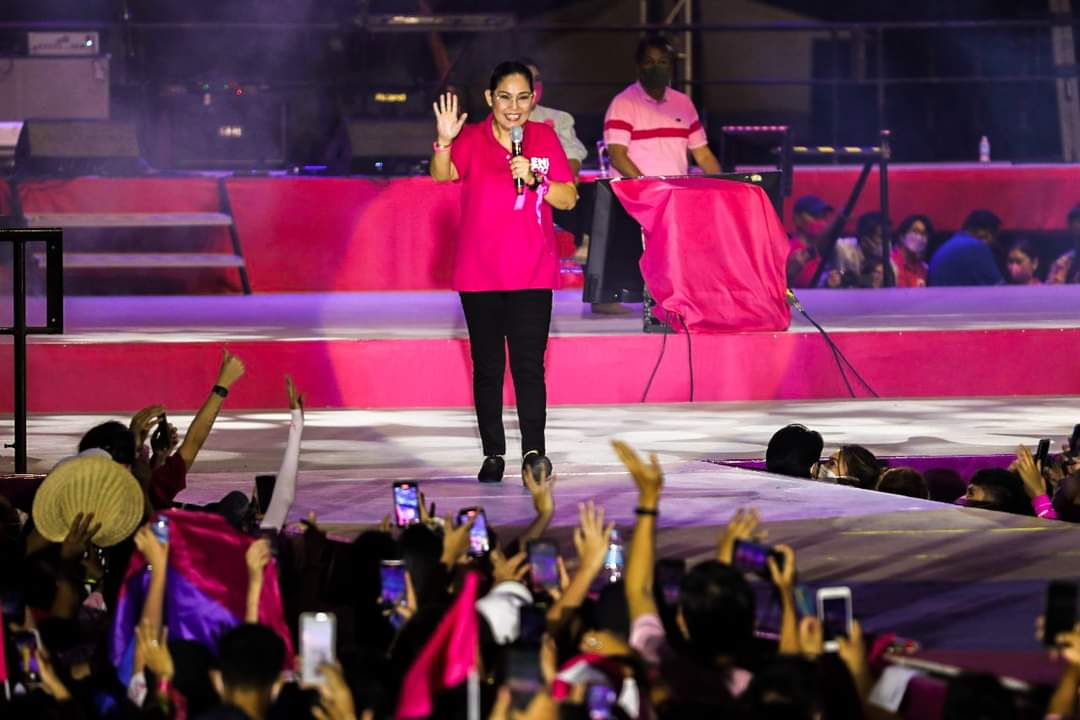 Maricel, for her part, delivered her iconic “Huwag mo kong ma-Terry-Terry” line in the 1994 movie “Minsan Lang Kitang Iibigin” but she made it “Ang gusto ko, Leni! Leni! Leni!”

The hashtag #PasayIsPink also became the number one trending topic in the Philippines and number six worldwide on Twitter.