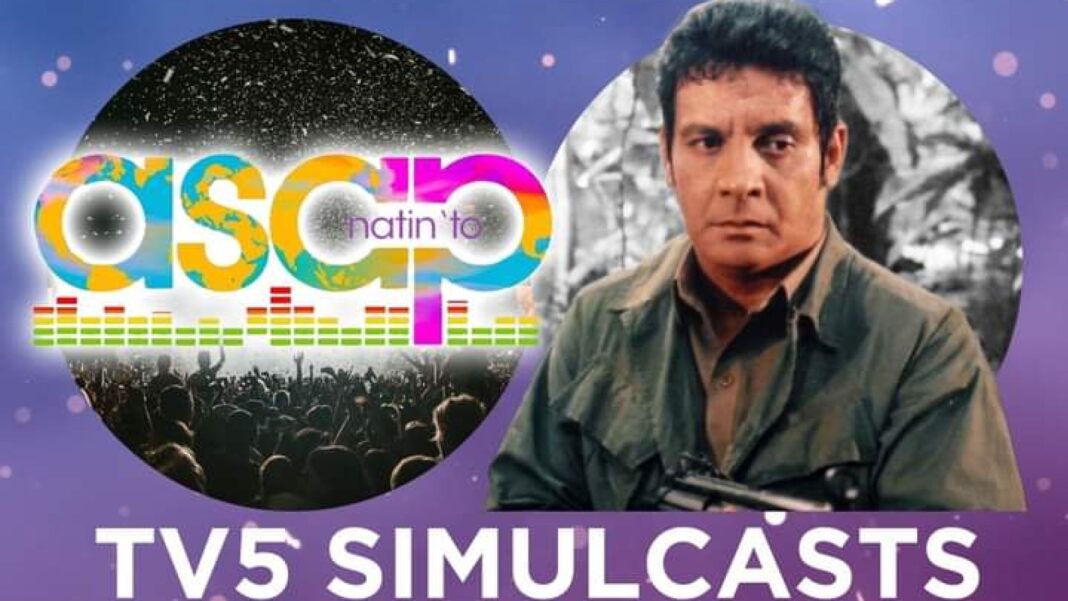 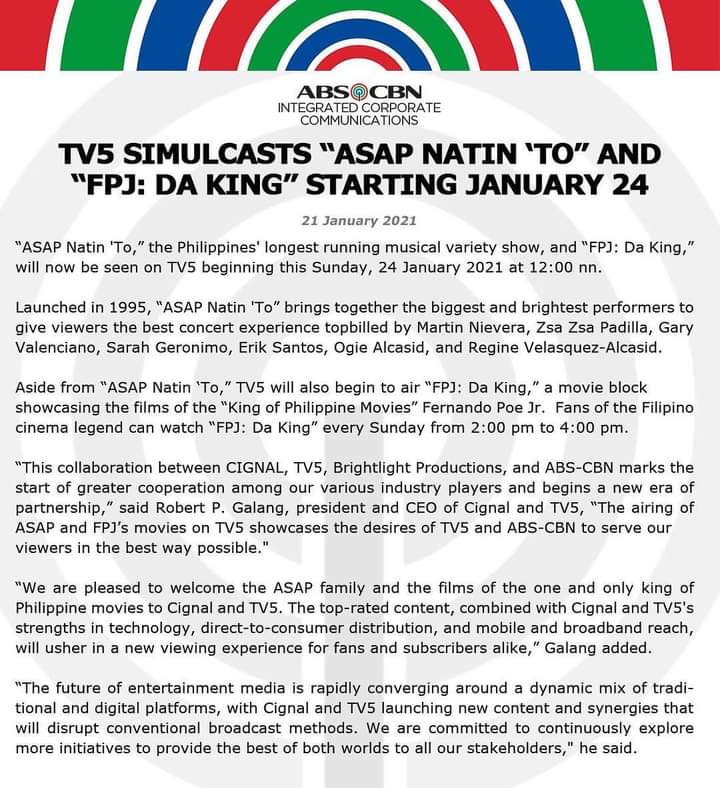 Aside from “ASAP Natin ‘To,” TV5 will also begin to air “FPJ: Da King,” a movie block showcasing the films of the “King of Philippine Movies” Fernando Poe Jr.  Fans of the Filipino cinema legend can watch “FPJ: Da King” every Sunday from 2:00 PM to 4:00 PM.

“This collaboration between CIGNAL, TV5, Brightlight Productions, and ABS-CBN marks the start of greater cooperation among our various industry players and begins a new era of partnership,” said Robert P. Galang, president and CEO of Cignal and TV5, “The airing of ASAP and FPJ’s movies on TV5 showcases the desires of TV5 and ABS-CBN to serve our viewers in the best way possible.”

“We are pleased to welcome the ASAP family and the films of the one and only king of Philippine movies to Cignal and TV5. The top-rated content, combined with Cignal and TV5’s strengths in technology, direct-to-consumer distribution, and mobile and broadband reach, will usher in a new viewing experience for fans and subscribers alike,” Galang added.

“The future of entertainment media is rapidly converging around a dynamic mix of traditional and digital platforms, with Cignal and TV5 launching new content and synergies that will disrupt conventional broadcast methods. We are committed to continuously explore more initiatives to provide the best of both worlds to all our stakeholders,” he said.