Be the Next 3.3 Shopee Milyonaryo and Join First Lucky Jackpot Prize Winner from General Santos City 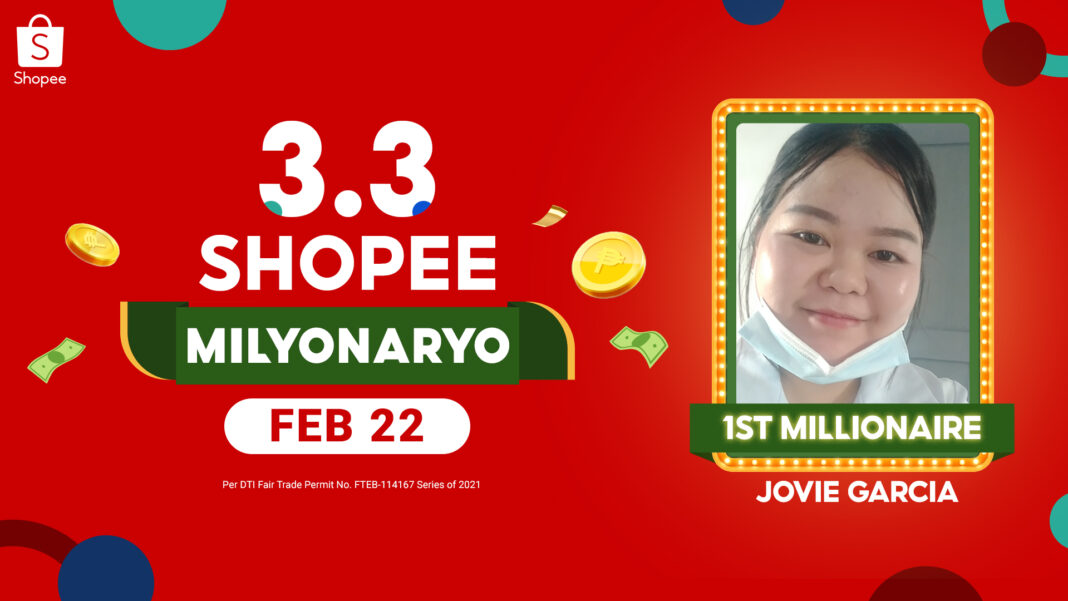 Be the Next 3.3 Shopee Milyonaryo and Join First Lucky Jackpot Prize Winner from General Santos City

Caregivers have been called the unsung heroes of the pandemic, and with good reason. Caregiving is one of the toughest jobs around, made even more difficult by the additional health risks COVID-19 poses.

As a caregiver, her job is never easy, but Jovie Garcia from General Santos City remains grateful for being able to keep it. She is also thankful that her husband can continue working as a tricycle driver, so they can both support their 14-year-old daughter and her ailing mother-in-law. “Buti nga po may trabaho kami nitong pandemic. Hindi naman po nai-stop,” she said.

Jovie was on duty when she won the opportunity to play 3.3 Shopee Milyonaryo, an interactive lucky draw contest on Shopee Live, last February 22. Her ward, 92-year-old Lola Maria, was right beside her, encouraging her during the game.

Despite comments from other users telling her to pick boxes labeled with other letters, Jovie chose S, believing it to be a lucky letter since her daughter’s name starts with it.  “Feeling po namin and’un talaga yung isang milyon,” she said.

Sure enough, the box was opened to reveal the ₱1M jackpot prize. Jovie, who was overwhelmed to the point of tears upon winning, was only able to announce the big news to her family over the phone as she was on 24-hour duty. She looks forward to sharing the joy and excitement with her loved ones in person.

Want to be the next Shopee Milyonaryo? 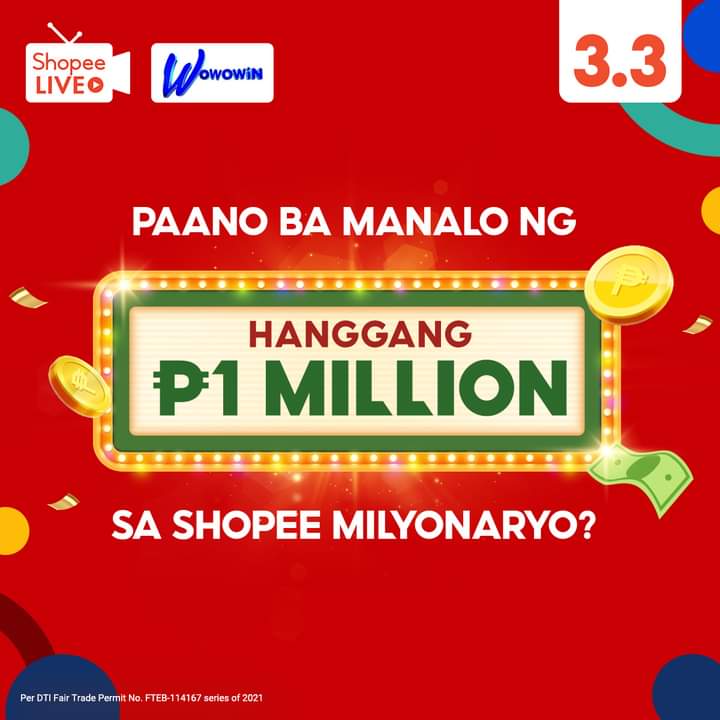 3.3 Shopee Milyonaryo is just one of the many exciting games Filipinos can look forward to at the 3.3-4-4. Mega Shopping Sale, Shopee’s first mega sale of the year. With millions worth of prizes to be given away, Shopee makes online shopping meaningful, entertaining, and rewarding for Filipinos.

Join Jovie in becoming the next lucky 3.3 Shopee Milyonaryo! Simply log on to the Shopee app and claim your raffle code. Winners will be announced daily until March 3, 2021. During the show, the winners will pick one out of six boxes, one of which contains ₱1,000,000 in cash.