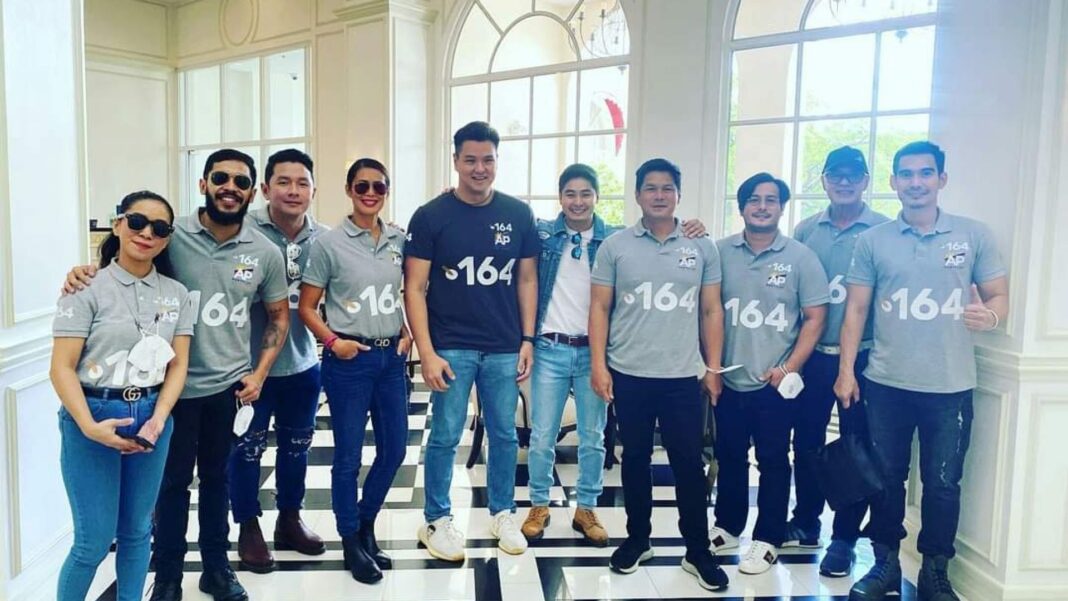 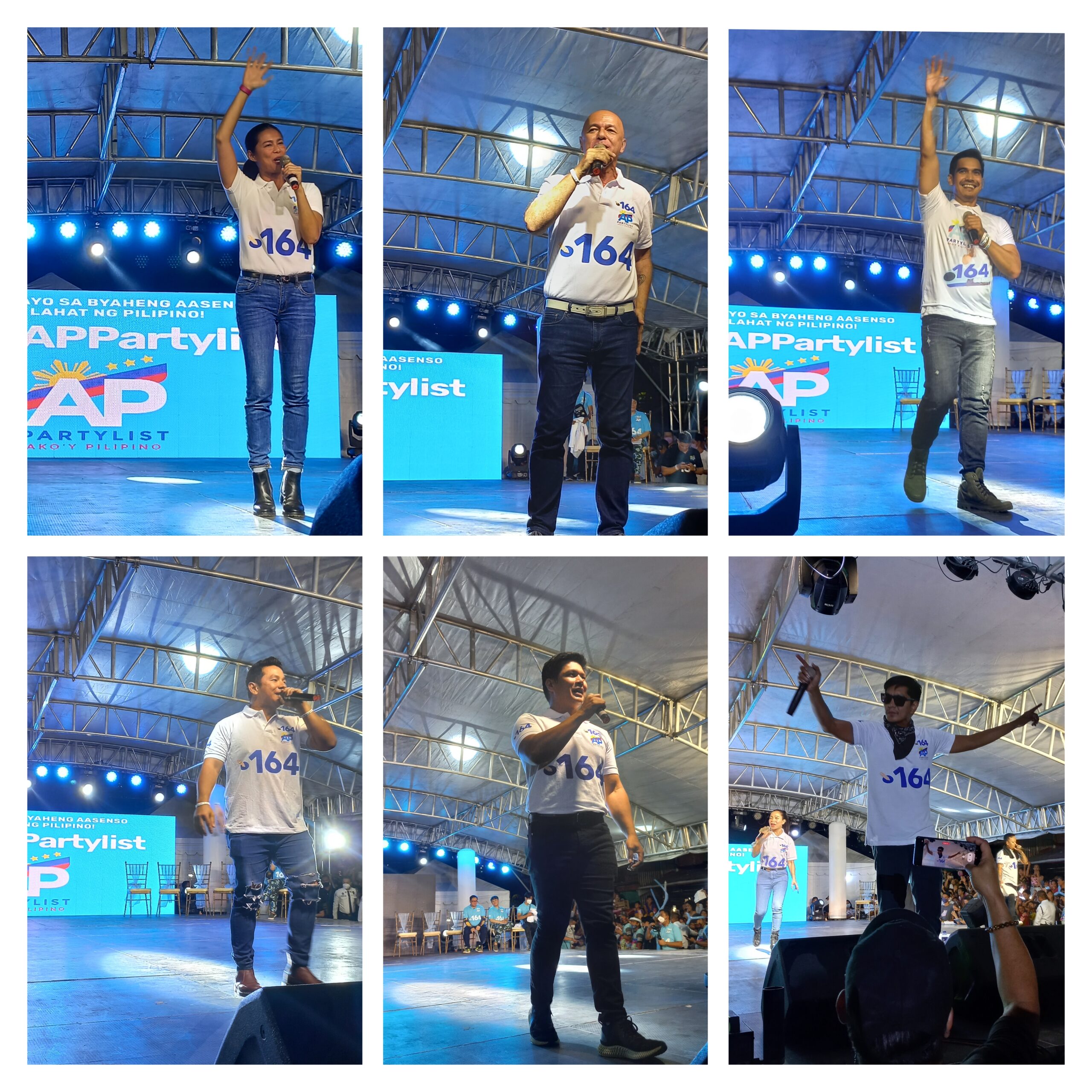 The AP All Stars or #TaskForce164, better known on television as Task Force Agila, are composed of Michael de Mesa, Angel Aquino, Raymart Santiago, John Prats, Marc Solis, and John Medina. They were also joined by Smugglaz, Bassilyo, Sisa Crazyaspinoy, and Gracenote delighting the thousands of Manilenos in the crowd with performances, games and prizes as they pledged their full support to the AP Partylist. 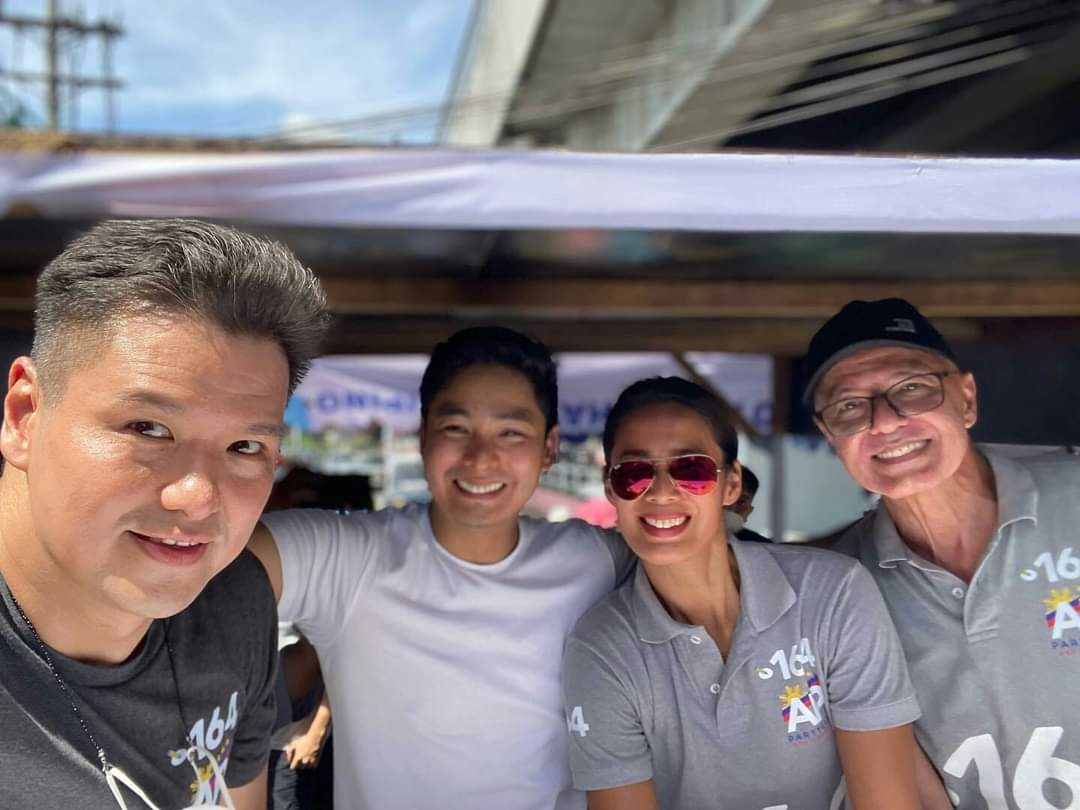 Prior to the grand rally, Coco joined AP partylist first nominee Rep. Ronnie Ong for a motorcade from Baclaran to Quiapo before ending the day in Parola, Tondo.

#TaskForce164 have been going around the country to let people know about the programs and initiatives of AP Partylist and Rep. Ronnie in uplifting the lives of Filipinos. AP Partylist’s Biyaheng Asenso platform includes initiatives for better livelihood opportunities, education for all, better access to health services and commuters’ bill of rights.