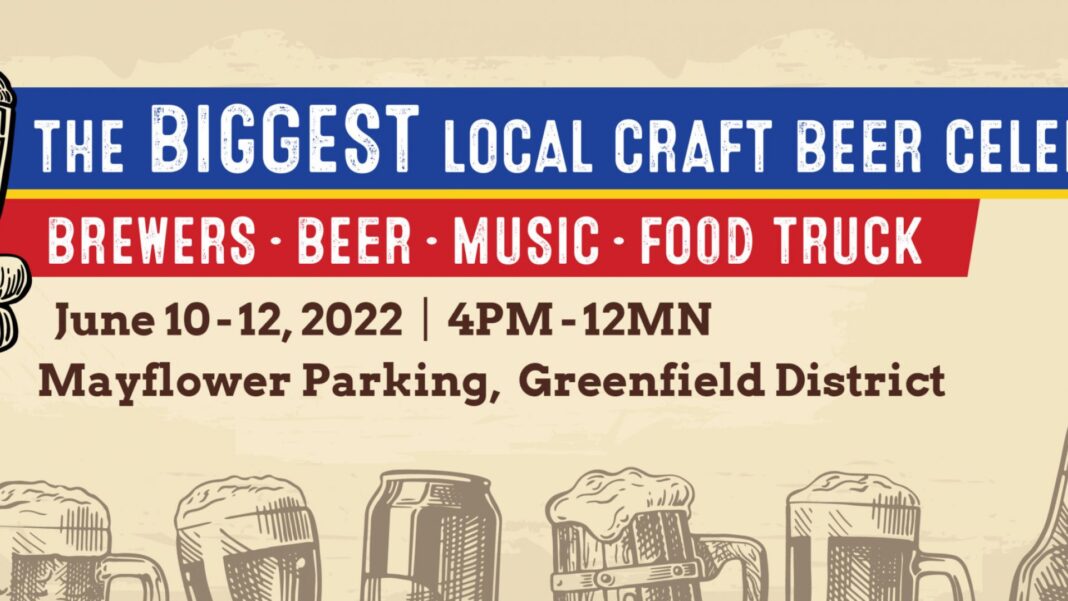 Philippine Craft Beer Community, is showcasing over 30 local craft beer breweries with over a 100 different beer styles from June 10 to June 12 at the Greenfield District Mayflower Parking in Mandaluyong.

In celebration of National Independence Day, Philippine Craft Beer Community is hosting a three-day event that highlights the flavor and diversity of local craft beer. Being the only event in the Philippines that consistently brings craft beer enthusiasts from across the region together since 2018, this event proves that Filipino beer is truly world-class and worth celebrating. With artisanal beer culture slowly gaining traction in terms of popularity in the Philippines, the Philippine Craft Beer Community hopes to bring in both patrons and newcomers alike. 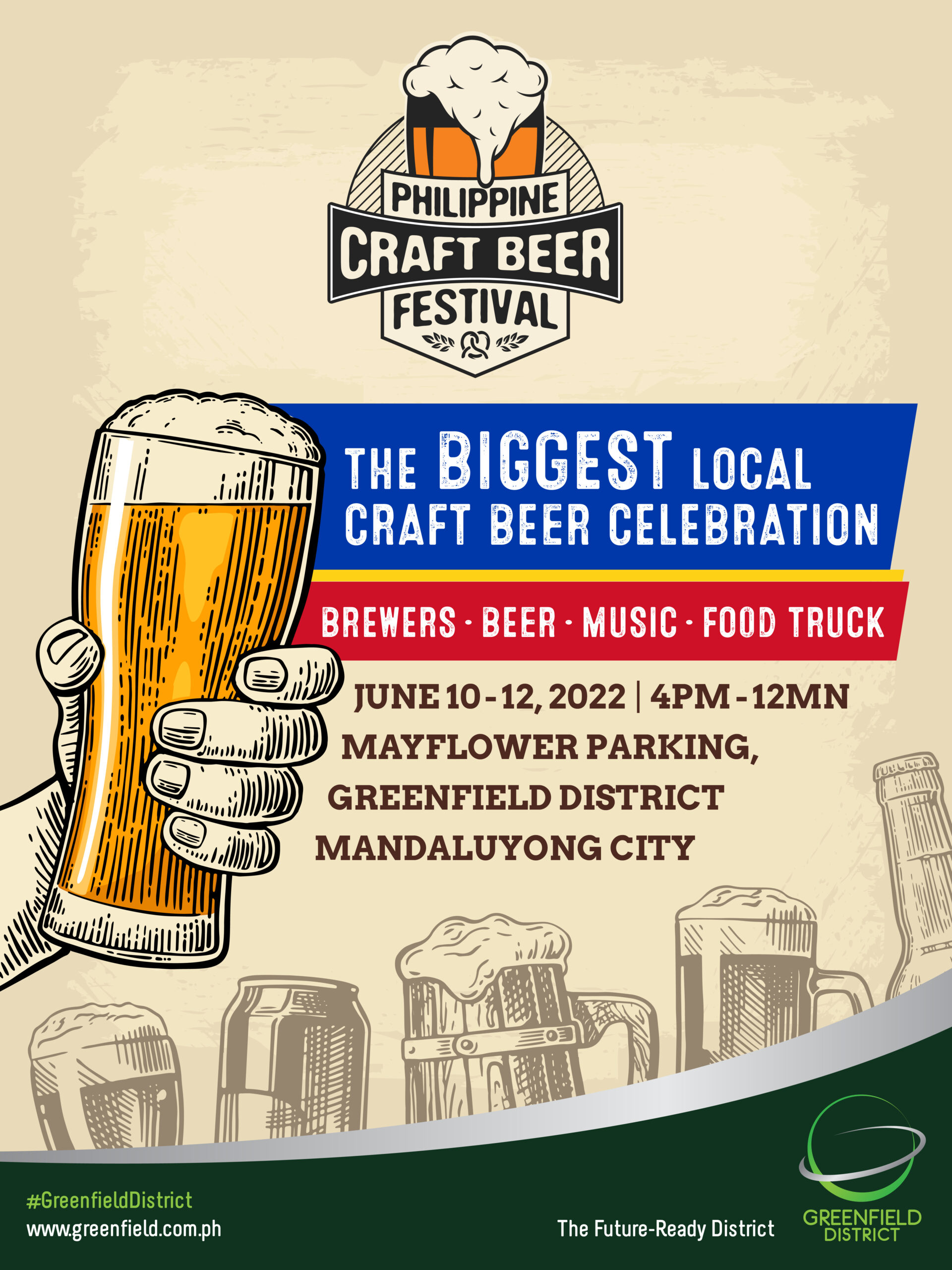 Guest attending this event would surely have different drinking experience, not only that they will be able to try as many beers as they want, they can personally have a chat with the respective brew masters. All guests would bring home a Souvenir Pilsner Glass with the MNL BEERFEST Label when they avail of just 1 drink by the entrance! That’s a steal itself.

And for those guests who will come prepared for a night of drinking can try signature Craft Beers around the Country with a “passport”.

One of the crowd favorites is BOONDOCKS BREWING COMPANY, founded in 2016 as a passion project. Boondocks started with a 250 liter brewhouse but by August 2018, the operations had grown to a 3500 liter brewhouse. In 2021, Boondocks Brewing won a Bronze Award for its Strong Ale and a Chairman’s Selection for its Summer Ale at the 2021 Asia Beer Championship.

CRAZY CARABAO BREWING CO. will be all out for this June 10-12 weekend to let you love Craft Beer, Golden Ale is a light, refreshing and cleansing ale brewed with perfect balance of Pale Malt and Australian Hops. Their modern brewery is capable of producing 2,000 liters of quality craft beer in any given production cycle.

Craft Beer enthusiasts will surely find ENGKANTO BREWERY who says that not everyone has to like every one of their beers, as they bottle what tastes good to them. And by which the fellow Filipinos taste better quality beer, they’ll buy better quality beer. Engkanto makes a different beer in order to make a bigger difference.

“This is our comeback festival event since the pandemic and we are very excited to showcase NEW brewers in the line up”, says MNL Beerfest Event Director, Cherry Genato

Craft Beer Association of the Philippines, President Jun Flores states that the brewers consistently collaborate among each other even during the pandemic time and to gather them once again is being watched for by the Craft Beer Enthusiasts all over the country.

Craft beers are known to be more flavorful and relatively healthier than conventional types. Whether possessing fruity notes, special spices or a bold flavor of ale, Philippine craft beers are known for their relatively wide range of distinctive tastes and characters. This event is perfect for both the cultured lager enthusiast or the neophyte that’s still trying to tell the difference between the smooth 5.2% ABV crisp and flavorful ale from an 8.5% ABV Malty Body Strong Stout.

Apart from the local craft beers, there are food trucks around that serve scrumptious food. This event is open for all and is located at the Outdoor Setup in the Mayflower Parking of Greenfield District in Mandaluyong from June 10 to 12, 2022, from 4pm to 12midnight.

For More details of the Philippine Craft Beer Festival visit :