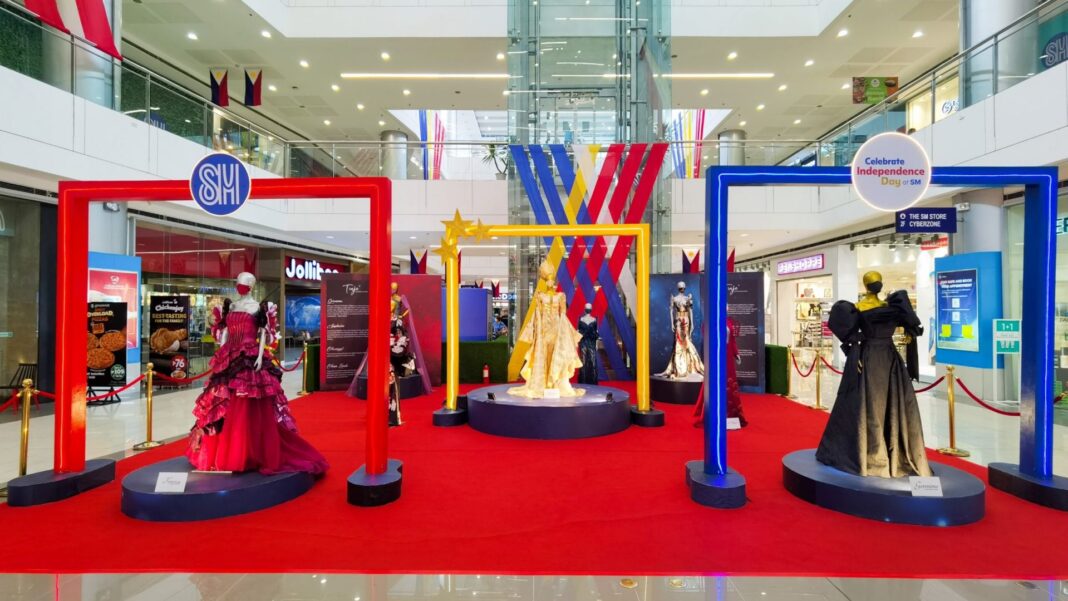 From structured terno sleeves, sweeping trains to glittering fabrics, each Filipiniana displayed is given with a more fashionable rendition by the designer. In SM City Masinag, the Filipiniana exhibit is named ‘Traje’. It showcases eight (8) dazzling Filipiniana gowns of Peñaflorida Atelier. Gowns Geronimo, Sapheera, Arcangel, Avan Zando, Markova, La Valentia, Nueva Vida and Floresca are to be marveled at the center of the mall. Each gown is aptly named according to the fabric, style and inspiration it represents.

A hand-painted modern Filipiniana eye-catches shoppers as they pass by the Modern Filipiniana exhibit at the 2nd level of SM City San Mateo. The star of the exhibit is painted in red, black and gold with billowy sleeves with a headpiece that resembles sunrays. Also displayed are more terno gowns that complement the vibrant red, blue and yellow hues of the exhibit area.

“All pieces are exquisitely crafted by hand to inspire young designers in innovating creative collections that are truly world-class,” said Amanda Jazz Peñaflorida, head designer of the atelier.