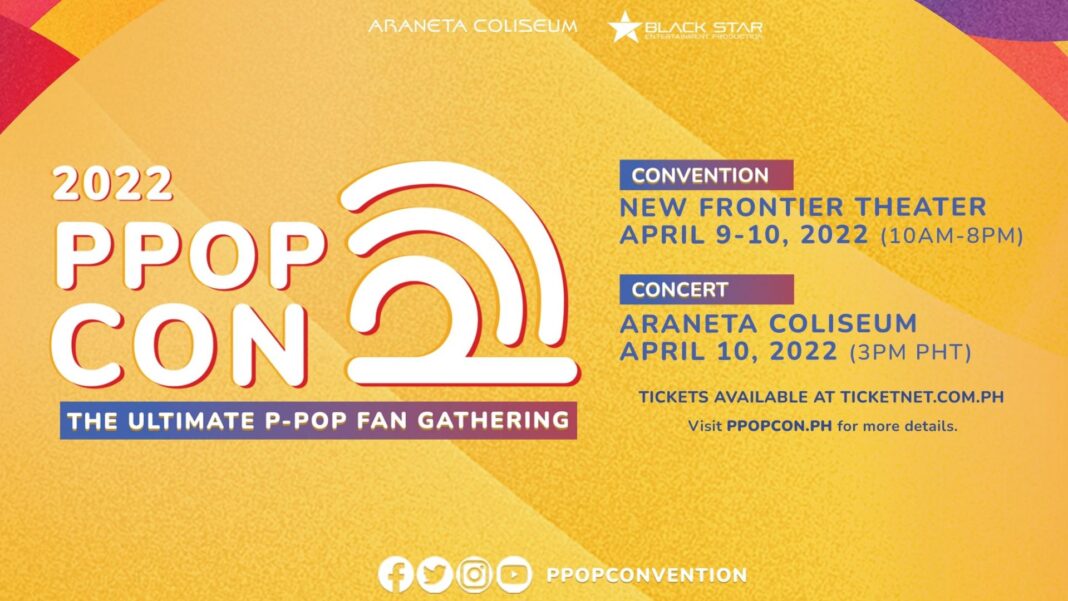 P-Pop fans rejoice! The moment you’ve all been waiting for is finally here! Meet your faves, get to interact with your biases, and create lasting memories with your idols at the first Pinoy Pop Convention (PPOPCON) happening this April 9 to 10 in the City of Firsts! 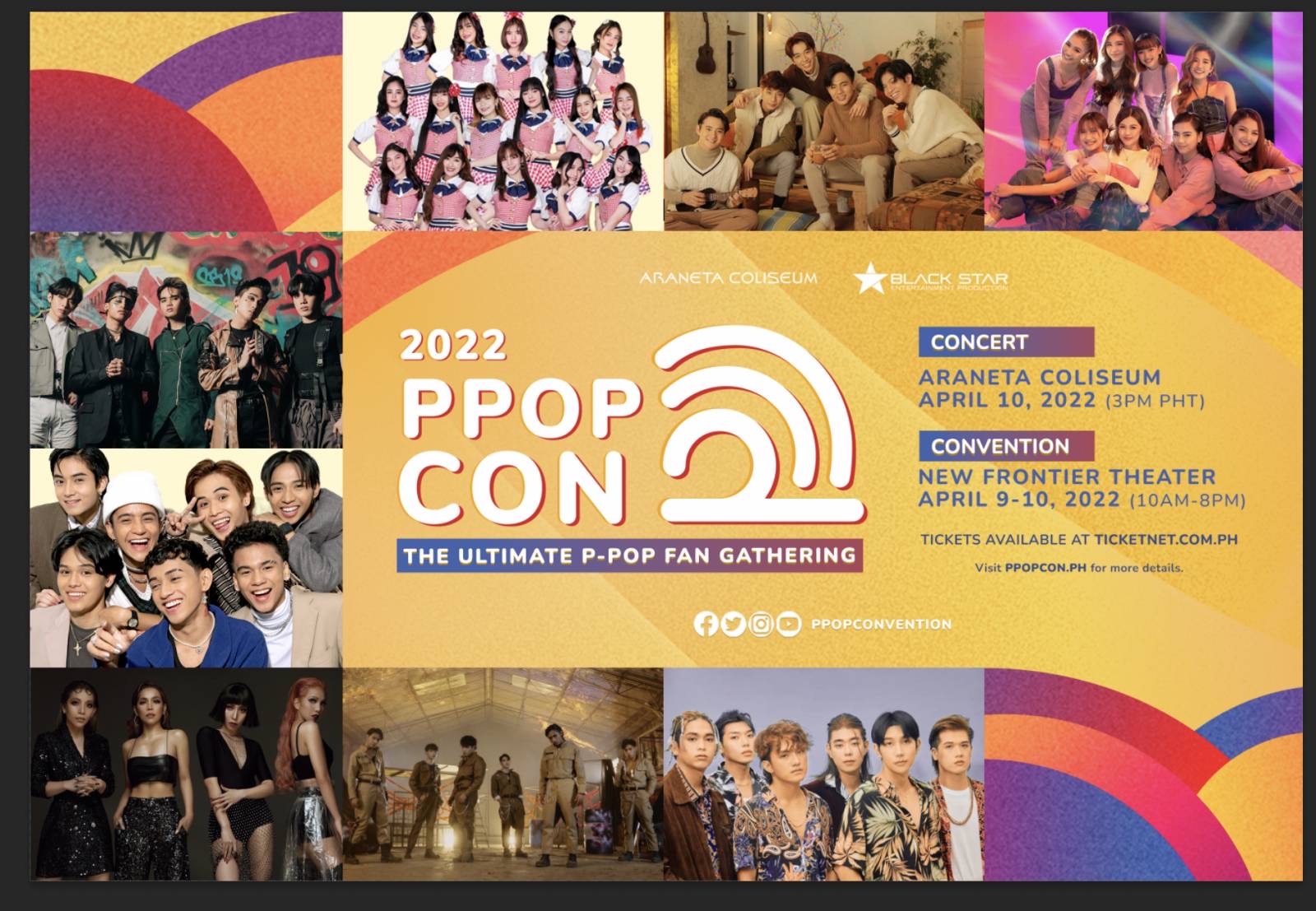 PPOPCON is billed to be the first and largest event that celebrates Pinoy Pop Music and is eyed to be a great venue to build and strengthen the growing P-Pop community. The event is expected to be attended by idol groups SB19, MNL48, BGYO, BINI, Alamat, 1st.One, Press Hit Play and 4th Impact. Up and coming acts like VXON, KAIA, DAYDREAM, YARA, VER5US, G22, and more will be gracing the PPOPCON stage as well!

“P-Pop is quickly gaining international attention and many fans are recognizing the talent and passion of many P-Pop acts. Through PPOPCON, we are celebrating the growing P-Pop community through the first event of its kind right here at the City of Firsts,” said Andhie Salutin, Project head of PPOPCON.

It will be divided into a convention which will happen at the New Frontier Theater and will be capped off with a concert at the Araneta Coliseum, which fans can also attend live, making it one of the biggest entertainment events to take place at the Big Dome since 2020. The hybrid concert will happen on-ground, with fans to be allowed inside the venue, and will be livestreamed online simultaneously.

The convention will feature fanbase activities, booths, selling of official merch, games, and performances by some of the trendiest names in P-Pop today. The interaction between fanbases such as A’TIN, MNLoves, ACEs, Mga Magiliw, and more in the two-day event is something we look forward to!

Meanwhile, the concert taking place on April 10 from 3 PM to 7 PM will be headlined by heavyweights like SB19, 4th Impact, MNL48, BGYO, and many others!

“PPOPCON marks the return of live entertainment and a return of audiences to this type of event since the start of the pandemic,” Irene Jose, COO of Uniprom, the entertainment unit of the Araneta Group said. “We are excited to welcome fans back to the home of entertainment—Araneta City. We promise them that they will have the time of their lives at the PPOPCON; not only can they interact with their idols and other fans, they’ll also experience something that we’ve been missing for a long time, live music! And they’ll get to enjoy it in the country’s leading live entertainment venue of choice, the Araneta Coliseum!” 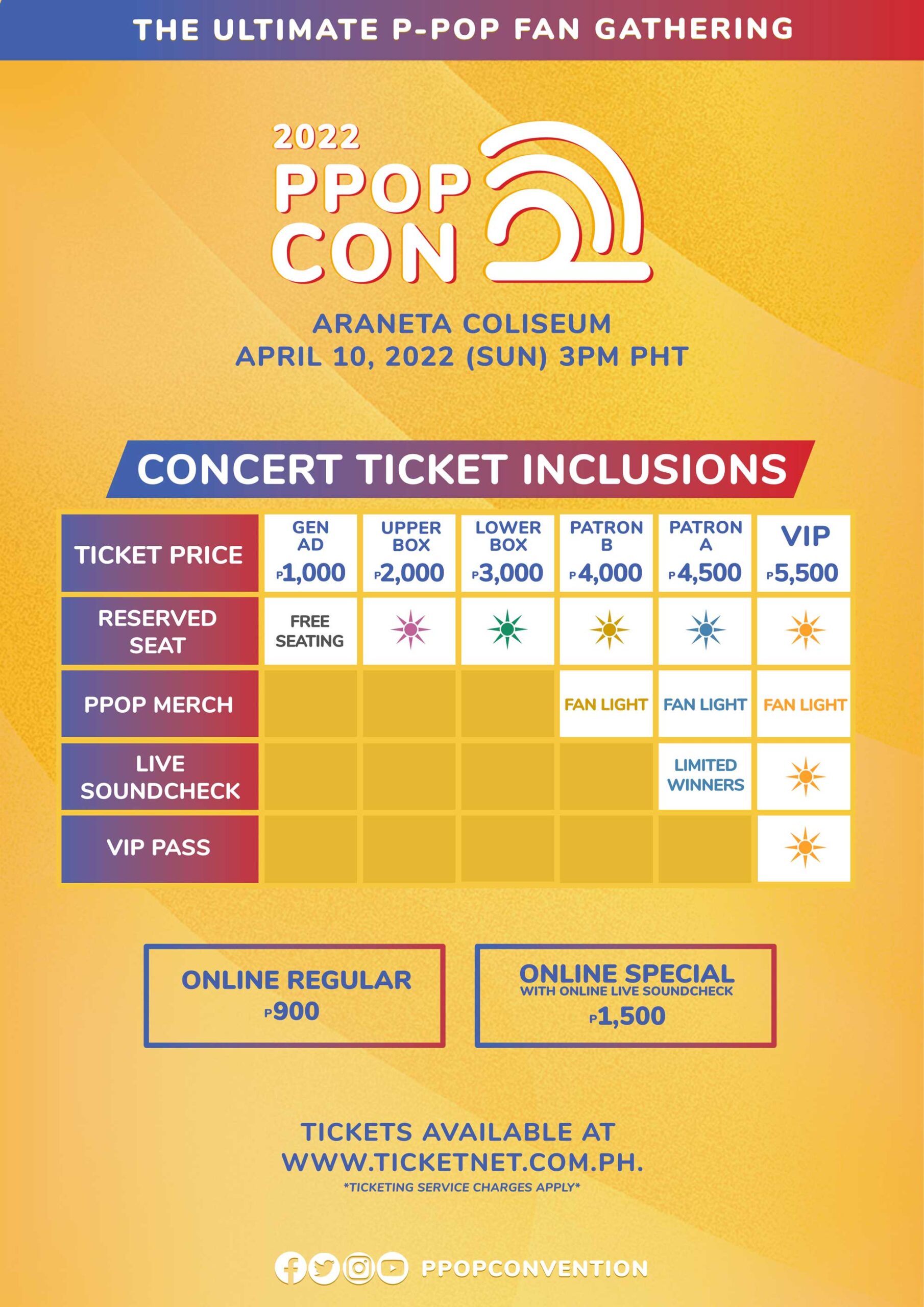 Concert ticket prices start at just P1,000. Both convention and concert tickets can be purchased at www.ticketnet.com.ph.

Rest assured that the safety of the fans who will physically attend the event is still our utmost priority. With the Big Dome having been awarded a Safety Seal by the local city government of Quezon, Araneta City continues to implement the strictest health and safety guidelines throughout the City of Firsts. “The health and safety of the fans are always a top priority for us, that’s why with the return of live entertainment, we’ve intensified health and safety standards that we have implemented here in Araneta City since the start of the pandemic. We are committed to a safe, healthy, and fun experience for everyone who’ll attend PPOPCON,” Jose concluded.