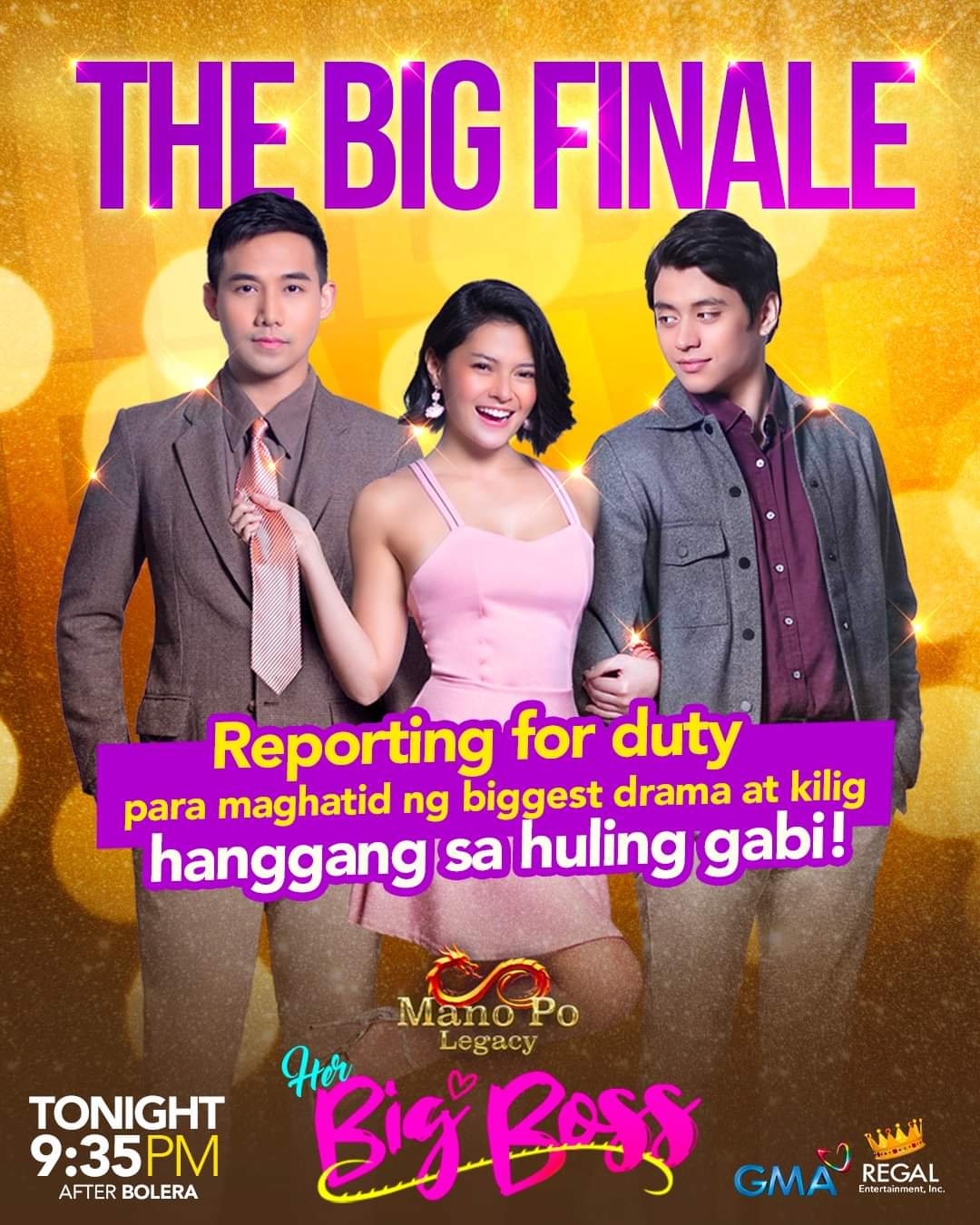 The heartwarming program follows the story of a headstrong woman, Irene Pacheco (Bianca Umali), who tries to balance her career and romantic life. She was set to marry her longtime perfect boyfriend, Nestor Lorenzo (Kelvin Miranda), until her feelings changed after meeting her big boss, Richard Lim (Ken Chan).

But is there a chance for a happy ending between Richard and Irene? Or will she fix her complicated relationship and settle down instead with Nestor?

Aside from their love triangle, Kapuso viewers are also intrigued with the previous episode where Raven (Teejay Marquez) accused Irene of being involved in the Gold Quest anomaly. Will she be able to prove her innocence?

How can Irene stand up against Elaine (Marina Benipayo) and Princess (Sarah Edwards), who belittle her? Is there anything else that she can do to manifest her true intentions and prove that she is not after the wealth of Richard?

As the series concludes tomorrow, the successor of Lim’s family business will also be unveiled—will it be Richard or Raven?

Don’t miss these revelations on the finale of “Mano Po Legacy: Her Big Boss” – under the helm of director Easy Ferrer – this Thursday (June 2), 9:35 p.m. after Bolera on GMA Telebabad.

Viewers abroad can also catch the program via GMA Pinoy TV. For more stories about the Kapuso Network, visit www.GMANetwork.com.