The power of a smile is absolutely undeniable! We may be hiding our smile beneath our face masks because of the ongoing pandemic but SM City Masinag make sure that we will never forget to feel good by bringing in Smiley World this Christmas!

One smile is turned into a hundred fold as SM City Masinag features Smiley World themed Christmas centerpiece at the mall atrium. Smileys of different sizes fill up the mall atrium with so much positivity and happiness. A 20 ft. Christmas tree, adorned by hundreds of Smiley ornaments, towers at the middle of the mall lighted up by thousands Christmas lights. Shoppers at SM City Masinag and neighboring areas can now have their photos taken at this bright colorful display. 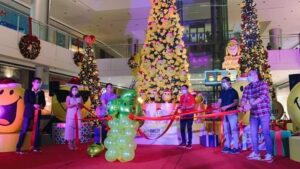 To add up to the festive mood, a dance mob clad in Christmas Elves garb with Smiley shirt performs at the mall atrium during the launch. A light up ceremony officially starts the Christmas season with local officials led by Rizal Vice Governor Reynaldo San Juan, Ir, Board Member Randy Puno and Antipolo City Councilors Enrico De Guzman and Agnes Oldan to name a few. They are joined by SM CITY Masinag Assistant Mall Managers Raymond Bonifacio and Matthew De Guzman. 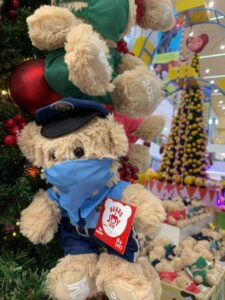 Following the SM Christmas tradition, SM City Masinag is again launching the Bears of Joy, an annual charity program of SM Supermalls wherein shoppers can also participate by buying a pair of Christmas Teddy Bears for P200 from the Bears of joy booth. One of the two bears will be donated, while the donor can take the other one home. SM City Masinag will donate the accumulated bears to a chosen charity

LG Takes Flight With Its New Line of Monitors

The future of business is OPEN: UnionBank discusses how Open Banking will drive the digital economy

Upgrade and win! Samsung makes an awesome 2022 with the new Galaxy A Series

RETURN TO WORK IN STYLE WITH THESE CHIC NAIL COLORS

Habits to Avoid If You Want to Achieve Your Financial Goals

How To Take Care Of Your Acne-Prone Skin During Summertime

How To Be Famous On The Internet: Finding The Right Audience