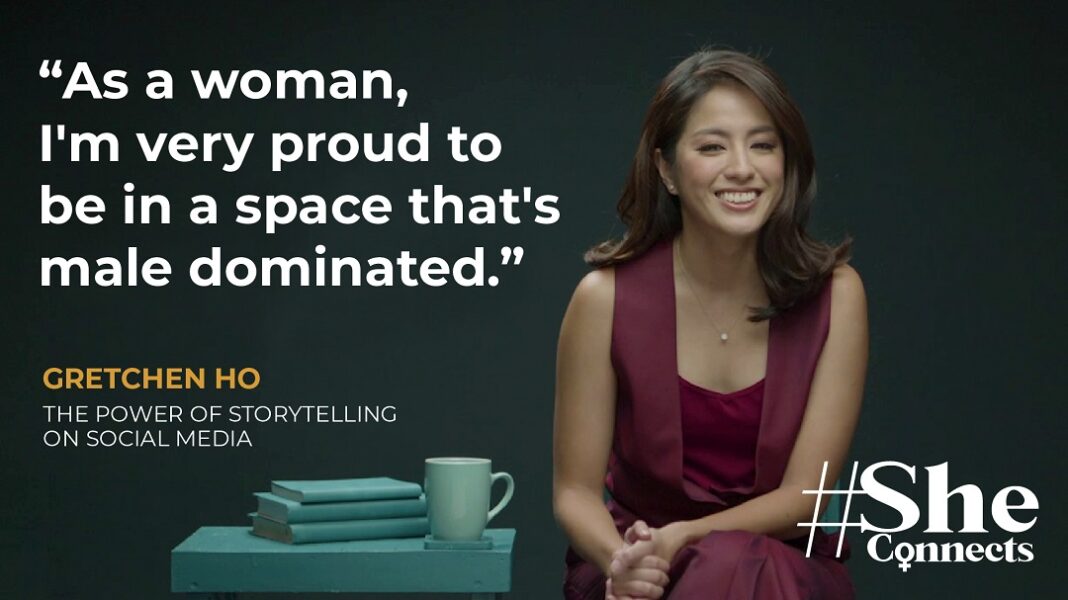 When woman speaks, she can lead a generation into action. And that’s exactly what TV host, reporter, and all-around woman-in-action Gretchen Ho does. This Women’s Month, the athlete-turned-reporter shares her journey on how having strong women connections helped her become a voice and beacon of her generation.

“When I envision something, I get into action to achieve it,” says Gretchen Ho. Dubbed as the ‘Woman-in-Action’, she has evolved from being a university athlete, to an events host, a news anchor, and now as a Beacon for other women. She talks about how she believes that success comes from a daily and constant effort, “Work hard. Never forget work ethic, take action day-by-day and keep improving daily. Move forward with consistency”.

Before becoming a news anchor, Gretchen was a volleyball star player having been key to the successes of her former teams’ championship wins at the prestigious UAAP and 2014 PSL Grand Prix Conference Games. She then moved to become a TV reporter, working on the sidelines to find and tell empowering stories of people from different walks of life. All these led her to the “Woman in Action” that she is now.

In 2017, Gretchen became an Ambassador for Health and Nutrition of the Philippine branch of World Vision, a humanitarian aid, development and advocacy organization. Her advocacies and achievements have been recognized by various organizations. She has been named Best News Personality at the 2020 Paragala Media Awards, Most Outstanding Female Correspondent at the 2020 3rd Gawad Lasallianeta, Best New Female Segment Host for the Year at the 2019 Gawad Pilipino, consistent awardee for Best Lifestyle Show and Best Morning Show Hosts at the PMPC Star Awards for TV, and Student’s Choice of Personality for Social Media Development at the 2016 USTv XII Awards.

Making the most of her connections to help others, Gretchen continues to use her influence in empowering others for the better. “It’s not just about the hard work, it’s also about doors and opportunities. I strive to use these connections to help other people. I make use of my platform and network so that I can help more people in need,” she adds.

With this, Gretchen Ho is named as “Beacon” for PLDT Home’s #SheConnects campaign. She joins stellar women in a masterclass video series that showcases inspiring journeys of distinguished women and how they connect with others to inspire, elevate, and empower.

Asked about her vision for women in the future, Gretchen had this hope in mind: “My hope is that more women will rise up to lead and use their platforms to empower and connect more women for a better future.”

Learn more from the Woman-in-Action, Gretchen Ho, as she shares more lessons through a masterclass video on PLDT Home’s Youtube page.