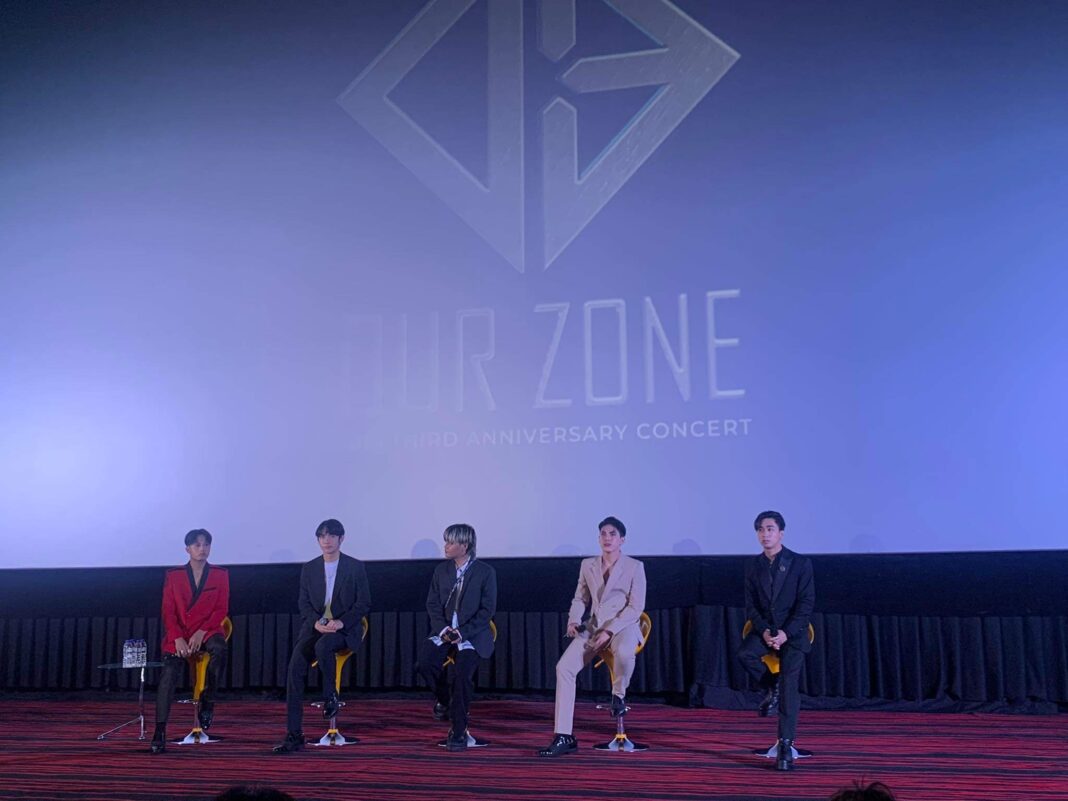 Weeks after their successful “Our Zone” livestream concert at the Smart Araneta Coliseum, SB19 is giving their fans another exciting treat this year.

A’TINs who missed the group’s anniversary gig virtually last November 27-28, or even those who want to watch the boys’ performances again, will have another chance to see the fun-filled concert — this time at the big cinema screen. 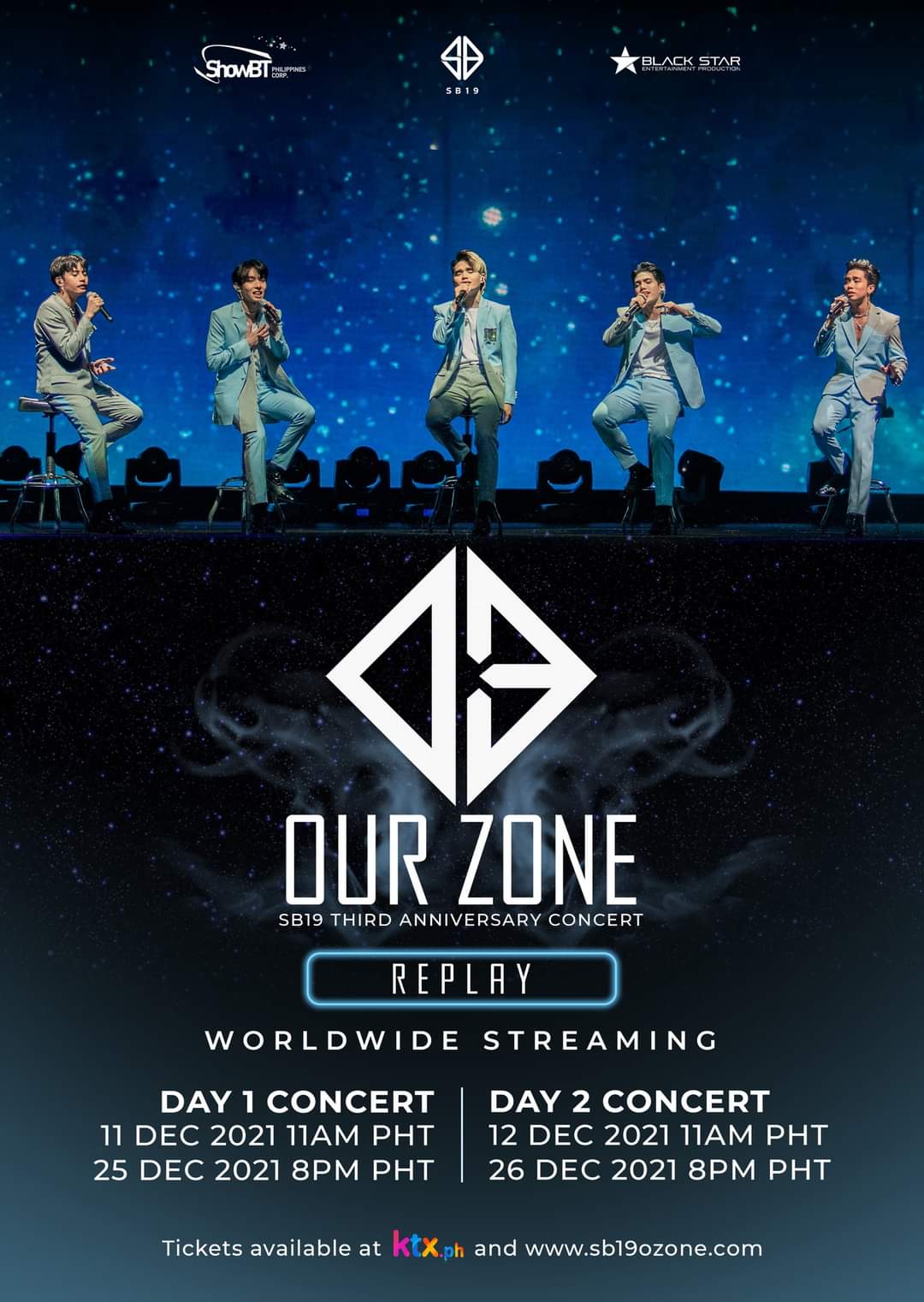 The two-night “SB19 2021: Our Zone Third Anniversary Concert” will be screened for public viewing exclusively at the Gateway Cineplex ATMOS 5 on December 18 and 19, 2021. This special limited screening will showcase the 2nd day of the very successful concert and never-before-seen behind-the-scene clips that your fans should not miss.

Fans will get to relive the MAHALIMA’s high-energy Big Dome moments as they debuted live their exciting new tracks and showcased new choreographies and arrangements for their earlier chart-topping releases. 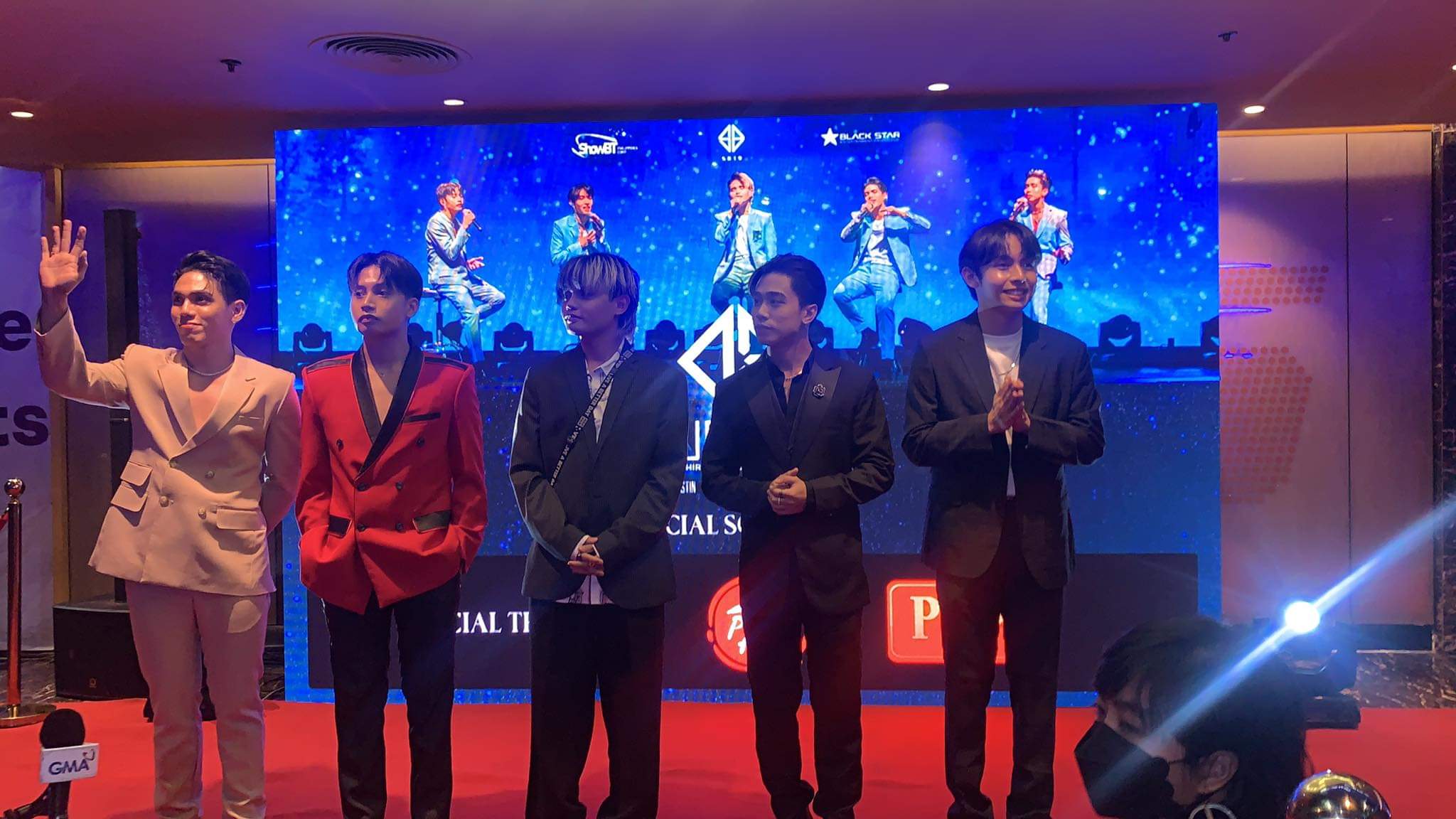 The “SB19 2021: Our Zone Third Anniversary Concert” cinema release is sure to bring a unique viewing experience for fans who’ll catch the boys for the first time on the big screen. Audience are in for a special musical treat as they get to fully enjoy SB19’s larger-than-life performances on a wide cinema screen and surround sound system.

“It’s an honor for us to have fulfilled the group’s dream to celebrate an important career milestone on the Araneta stage. And we are not stopping there, as we are giving SB19 supporters more reasons to continue celebrating their journey in the industry,” said Irene Jose, COO of Uniprom Inc (the entertainment arm of Araneta Group).

Fans who will watch the cinema screening will get a free SB19 poster which they can claim at pop-up store located at the Cinema lobby. They just have to present their online or physical tickets to claim their free poster.

Tickets for this limited cinema screening are available at Ticketnet at www.ticketnet.com.ph and at Gateway Cineplex ticket counter.