“Yorme: The Isko Domagoso Story” with all the songs and music written, and the movie, by director Joven Tan is all set to bring on the silver screen, the aspirational and inspirational life of Francisco Domagoso, popularly known as Isko Moreno. 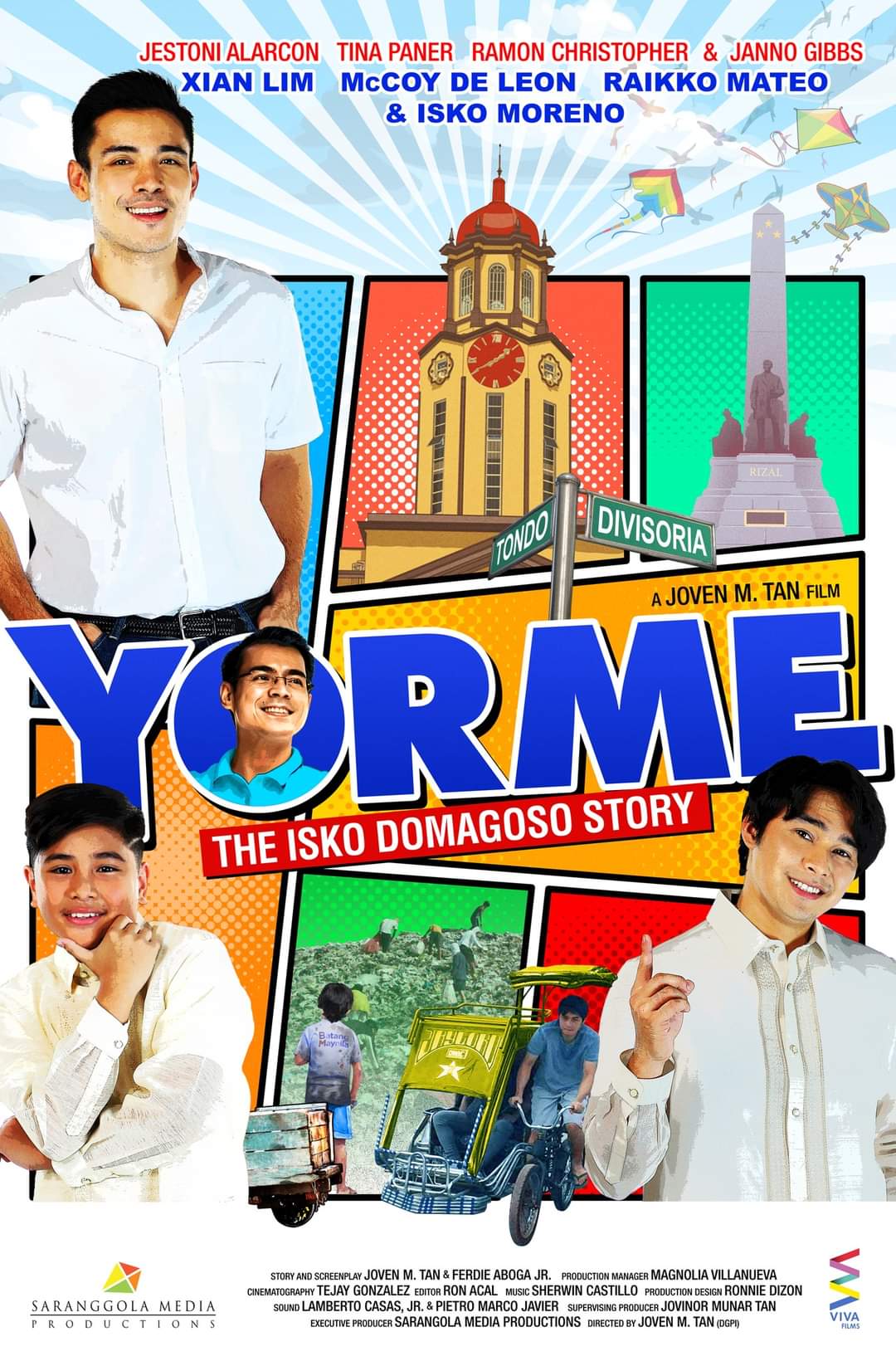 Director Joven Tan begins: “It has always been a dream of mine to direct a musical wherein people will be able to witness the struggles of a person, and how he triumphs from them and how he made all his dreams into realities. The life story of Isko Moreno is the perfect material for it. This film was not that easy to do because we did it during the pandemic. Despite all the restrictions, we finished and I am thankful of that fact.”

The most important chapters in the life of Moreno are highlighted in the movie. His life as a boy garbage collector, Raikko Mateo plays. His teen, high school life and That’s Entertainment days, McCoy de Leon portrays it. The politician and political chapters of his well-chronicled and documented life, Xian Lim steps in the shoes of the current Mayor of Manila.

Director Tan carries on: “Majority of us has an idea on the what and how of Moreno’s life. The why’s and wherefore of it, the dreamer, the hard worker and the survivor, nasa movie na ito. Mas makikilala natin siya. Isko is the real deal. From time to time, he stumbles, gets not only physical but emotional bruises and scars, he laughs, weeps, hopes for a better tomorrow and today, a fighter and not a quitter.”

15 original songs are in the movie and direk Joven describes them as: “They are songs of hope. That is what I want to convey and what the audiences to realize. Masaya man o malungkot ang kanta, I want them to know that the saying hope springs eternal is true.”

For the director, the most inspiring lesson from the life of Isko Moreno is: “We are the captain of our ship. We are the drivers of our lives. We have the choice to make or break our lives. Kung susuko tayo, hindi natin makukuha ang pangarap natin… kung tataasan natin ang pangarap natin, maabot man natin kahit kalahati noon, mataas pa rin. Libre ang mangarap, sabayan lang natin ng pagsisikap at pagdadasal.”

Also in the cast are Janno Gibbs, as German Moreno, Jestoni Alarcon as Daddy Wowie Roxas, Tina Paner and Ramon Christopher Guiterrez, as the parents of Isko, and MJ Lastimosa as Mrs. Diana Ditan-Moreno.

Isko’s reaction when he watched the finish film? Director Tan replies: “At first, he was pensive. It seems that he is enjoying the experience. Parang flashback sa kanya. His reactions were sincere and spontaneous lalo na kung detailed yung napapanood niya. He was in glee to see that in some of the scenes, he saw a former teacher. He even recollected the names of his classmates especially the ones who taunted and teased him before. He recalled the names of their neighbors. I observed that his eyes turned misty in some portions of the movie. While he’s watching, ako, siya naman pinapanood ko kasi kung ramdam niya yung pinagdaanan niya, I am sure ramdam na rin ng taong manonood ang mga hirap, tagumpay na nadaanan niya.”

Shopee Wraps Up 2021 and Introduces its Newest Brand Ambassadors, Dingdong and Zia Dantes, at the 12.12 Big Christmas Sale

Safe and Fair Philippines celebrates International Day for the Elimination of Violence Against Women, supports law on Gender-Responsive and inclusive pandemic management

Pizza Hut launches special solo, group dine-in deals to welcome fans of the PAN back to its tables