DESCENDANTS OF THE SUN: THE PHILIPPINE ADAPTATION” RETURNS TO PRIMETIME ON OCTOBER 26 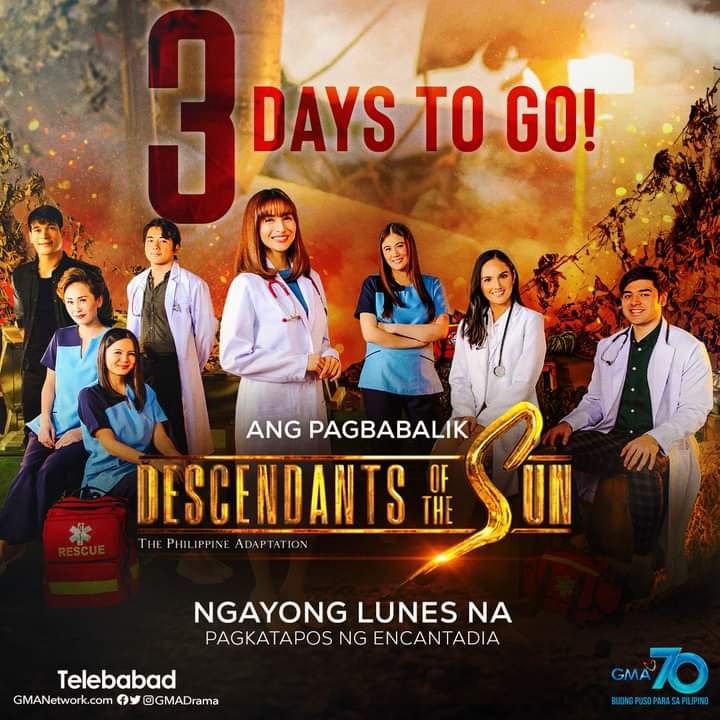 DESCENDANTS OF THE SUN: THE PHILIPPINE ADAPTATION” RETURNS TO PRIMETIME ON OCTOBER 26

Finally! The wait is almost over for loyal Kapuso viewers as GMA Network’s internationally-acclaimed series, “Descendants of the Sun: The Philippine Adaptation,” finally returns to primetime beginning October 26. 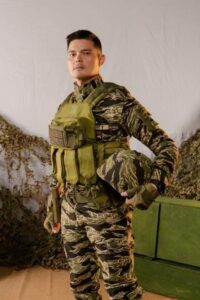 “Sa TV audience, meron kaming promise na binigay sa kanila when we started airing, and that was na kukumpletuhin namin ‘yung kuwento. So this is us fulfilling that promise,” Dingdong shared. “Kaya gusto namin i-share ‘yung excitement sa aming pagbabalik. DOTS makes us proud to be Kapuso and proud Filipinos so much more.” 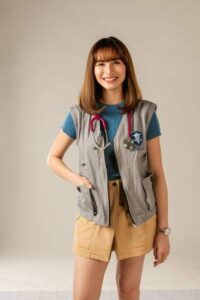 Also eager for the continuation of the story are Rocco Nacino and Jasmine Curtis-Smith who play Wolf and Captain Moira, respectively.

Rocco shared that he is proud to be part of a series that has left a significant mark in the entertainment industry, “We are coming back at excited na excited na kami. We’re all very proud of a project that has made a difference and has become a game-changer in this field. It’s nice to know that you’re part of something na tumatak sa mga tao, hindi lang sa Pilipinas kundi pati sa ibang bansa.”

Meanwhile, Jasmine highlighted the relevance of the series especially for frontliners during these challenging times, “Nakaka-proud na maging part ng DOTS, not just because of the recognitions that it has, but also because it’s a timely and relevant series. It’s nice that we are able to somehow humanize our frontliners and give them representation before, even more so now. In a way, the series gives them love and comfort while watching it because they know that they are seen and appreciated. “

The series left off with Capt. Lucas (Dingdong) and Dr. Maxine (Jennylyn) eciding that the two of them were better off apart because they lead very different lives. And with the medical team’s mission in Urdan coming to an end, they bid their farewells to their friends and the military members. In the midst of their flight back to Manila, an intense earthquake strikes Urdan and records multiple casualties.

DOTS premiered on February 10 but production was temporarily halted due to the restrictions brought about by the COVID-19 pandemic. Last month, lock-in tapings which followed strict safety protocols were held which enabled the production team to wrap up the series.

DOTS is under the direction of Dominic Zapata.

Don’t miss the much-awaited return of “Descendants of the Sun: The Philippine Adaptation,” starting with recap episodes on October 26 and fresh episodes beginning November 5, after ‘Encantadia’ on GMA Telebabad.