Circle of Bones: All Star Filipino Film Gets US Theatrical Release in 10 Major Cities

The movie is in Tagalog and English language and was filmed in Panglao, Bohol and Cainta, Rizal. 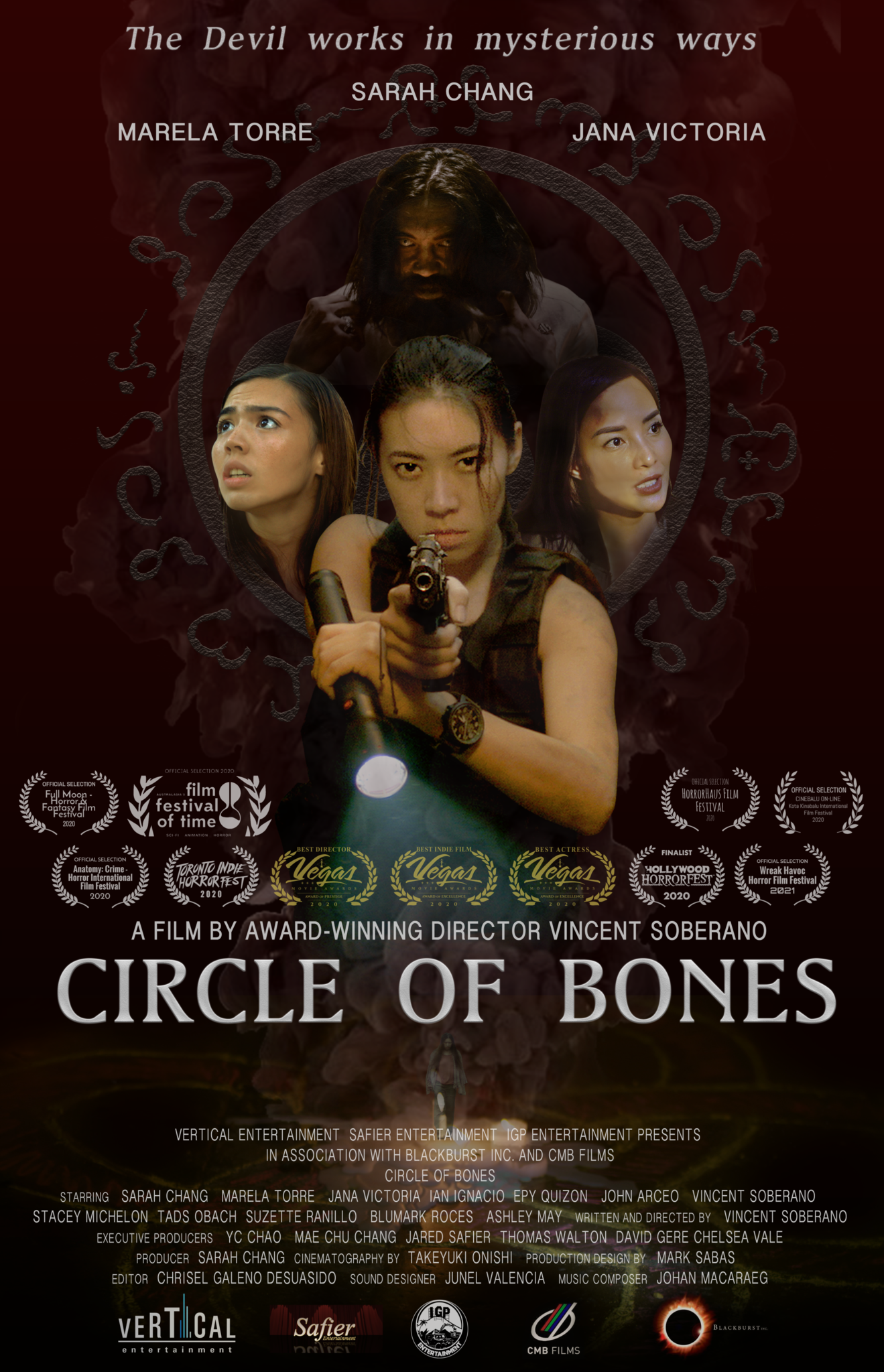 “Circle of Bones” is based on Vincent Soberano’s unpublished book, “Yawa” – a tale of local superstitions and modern-day urban legends of the Visayas region. Set in the picturesque island of Panglao, Bohol, the story is told by a lone survivor of a mysterious cult suspected of mass murders and human sacrifices.

Soberano recounts how the story was developed while he was on location hunting for a different film. “I get my inspiration for stories usually in the most unexpected ways,” he recalls. “I was location-hunting for another movie and I stumbled into a cult temple in Bohol. Curious, I started asking around and based on stories from the locals, I came up with the new plot for Circle of Bones.”

“This movie is uniquely Filipino and features sights and stories never before seen by the US audience,” says Jared Safier, one of the executive producers and a 4-time Emmy Award winning producer. “I’m confident it will do well in the US market, both theatrically and on streaming platforms.”

This is the first time a Filipino movie has been released theatrically in the United States, Canada and the UK by Vertical Entertainment, a top-ranked film distribution company based in Santa Monica, California, and founded by producers Richard B. “Rich” Goldberg and Mitch Budin in 2012.

Following its theatrical release, the film will also be released on VOD, on platforms such as Amazon Prime, iTunes, Google Play, Microsoft Movies & TV, etc.

“Having a Filipino-made, independent genre film get a theatrical release throughout the U.S. is a huge achievement for me,” director Vincent Soberano says. “It gives me great pride as a Filipino filmmaker that I’ve gotten this far to represent Filipino films in the U.S. mainstream market. Next step, worldwide distribution!”

Indeed, under the brokerage of Safier Entertainment, “Circle of Bones” is poised for worldwide distribution after its North America and UK releases. For more information, please contact: Jared@SafierEnt.com

The initial theatrical listing* for the October 22 release is as follows:

The digital platforms (TV and streaming) are as follows:

*Additional theatrical venues will be added after the initial release.

UnionBank clients can now seamlessly do direct cash-in to their Shopee and Lazada wallets!