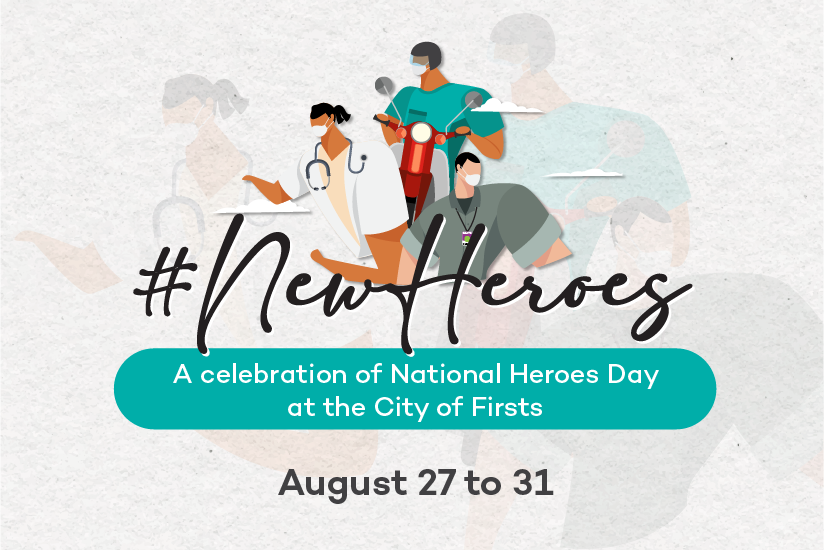 Araneta City joins the commemoration of the National Heroes Day on August 30, 2021 by saluting the bravery and heroism of Filipinos at the City of Firsts.

A series of on-ground and online events are slated to give salutation to our country’s heroes: 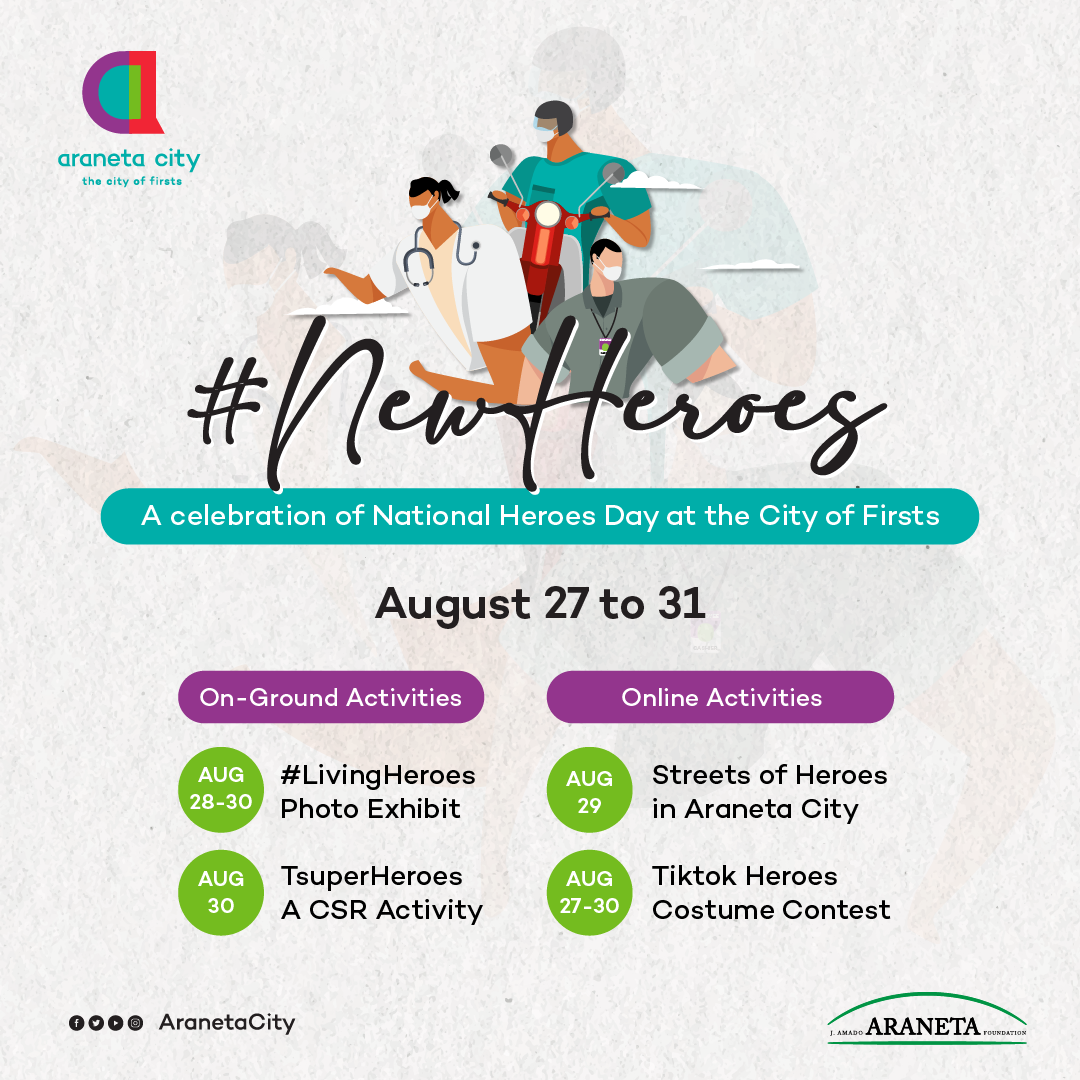 The commemoration at the City of Firsts will start on August 27 with the launch of the #LivingHeroes virtual exhibit in partnership with the J. Amado Araneta Foundation (JAAF). The exhibit will feature exemplary and inspiring stories of modern-day Pinoy heroes who made an impact during the pandemic.

The virtual exhibit will also be open as a photo exhibit at the Gateway Mall Activity Area on August 28.

The online community must also watch out for the announcement of the #AranetaNewHeroes costume contest via Araneta City’s Tiktok account, which will put to test the creativity of netizens and their familiarity on Filipino heroes. Entries will be accepted from August 27 to 30, with the winner to be announced on August 31 and take home Php 10,000.

Also, get to know the revolutionary generals behind the names of the six major roads in Araneta City. As part of the National Heroes Day, Araneta City will post a trivia story on its blogsite on August 29 to recount the history and origin behind the naming of these thoroughfares.

Then on August 30, the City of Firsts, together with Coca-Cola Beverages Philippines, will treat some modern-day heroes — the bus drivers in Araneta City Bus Station, jeepney drivers in Cyberpark Jeepney Terminal, and UV Express drivers in Farmers Plaza transport terminal — with freebies to keep them hydrated and energized on their trips the whole day.

Araneta City takes pride in giving many personal firsts and memorable experiences through history. This National Heroes Day, join the City of Firsts in celebrating more milestones by saluting to all generations of Filipino heroes.