2020 has been A LOT! Many challenges and so much complexity. Despite everthing, Congresswoman Rida Robes and mayor Arthur Robes successfully bring the holiday festivities through a Disney-Inspired Christmas Parade at the city of San Jose Del Monte. Last December 31, 2020, they formally launch the first-ever Disney-inspired photo wall at Savano park. After the program, Sanjoseños got their chance to take photos with the Disney Characters. 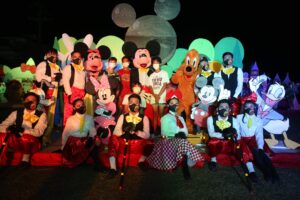 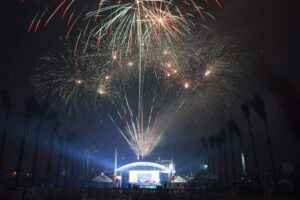 And here’s another great news to all San Josenos, President Rodrigo Duterte has proclaimed San Jose del Monte in Bulacan as a highly-urbanized city.

“We have long waited for this and we will work more to make us truly deserving of this proclamation for the people of San Jose Del Monte,” Rida said.

According to Rida Robes, the President could declare a city highly-urbanized within 30 days after it had reached a population of 200,000 0r more, as certified by the Philippine Statistics Authority. It should also have an income of at least P50 million as certified by the city treasurer.

San Jose del Monte had achieved both qualifications – as “verified and attested to by the Philippine Statistics Authority and the Department of Finance – Bureau of Local Government Finance, as Duterte pointed out in his proclamation.

“[I]t is a declared policy of the government to support the initiatives of local governments to attain their fullest development as self-reliant communities, and make them effective partners in the attainment of national goals,” the President stated in the proclamation.

Congratulations to all San Josenos!

Win a share of P700,000 in prizes when you fuel up at Caltex via PayMaya QR

Mikey Bustos on navigating the challenges of being an online celebrity

Phoenix Fuels Offered At 80% Off On Limitless

Keeping Up With Pinoy Christmas Traditions: UPSTREAM And GMovies Bring MMFF 2020 To You