Content Revolution disrupts Creative Economy & Pop Culture: How and Why it starts on TikTok

TikTok launches in the Philippines its latest campaign, “it starts on TikTok”, to celebrate the creators, community and culture on the platform that brought positivity and joy to life. The campaign is part of TikTok’s largest-ever global branding campaign that kicked off on August 18, 2020.

Since TikTok’s launch, the platform has revolutionized content creation, laying the foundations for the rise of a new generation of creators that impacted pop culture and drove the country’s creative economy.

“Everyone is a creator. Everyday, we create moments and shared experiences. These little moments are the ripples that are now making waves to our culture today. TikTok is a platform to capture, amplify, and magnify the unique and creative you,” says John Castro, User and Content Operations Manager, TikTok Philippines.

Behind every viral video and top trend is a creator who brought a creation to life. As an idea catches on, so too does its impact across borders, cultures, languages, and communities. What begins as seconds of authentic creativity often turns into much more: careers blossom, memes develop, hobbies flourish, communities coalesce, and viral songs climb to the top of music charts. TikTok is a platform that brings joy and enriches your life.

TikTok’s content, creativity, and creator-centric model, places every TikToker on a level playing field. Everyone has a chance to go viral as seen in the case of Tala that made TikTok a platform where the turning point to virality starts and happens.

Charting the Origin of Tala

Who would have thought a song that was released in January 2016 would make a comeback to become the Philippines’ 2020 pop culture anthem?

Since the launch of Sarah Geronimo’s Tala, the song has been building up its momentum over the years. With its catchy lyrics and danceable choreography, it has always been a part of Filipino pop culture, especially in the LGBTIQ+ community. But come November 2019, the dance covers spread like wildfire until it saw the resurgence as the nation’s newest dance craze.

One of the earliest uploads of the song on TikTok is from user Glyds Soriano on November 26, 2019, which was basically a snippet from the original music video. Since then, TikTokers have been using the song for their own #talachallenge dance covers.

Joining the challenge on December 27, 2019 , teen celebrity Vivoree also uploaded her own edit of the song which was eventually used by phenomenal star Maine Mendoza and commendable actor Arjo Atayde in the video that truly cemented Tala’s virality. To date, Maine and Arjo’s video remains as the top viewed content for the #talachallenge at 12.4M views. 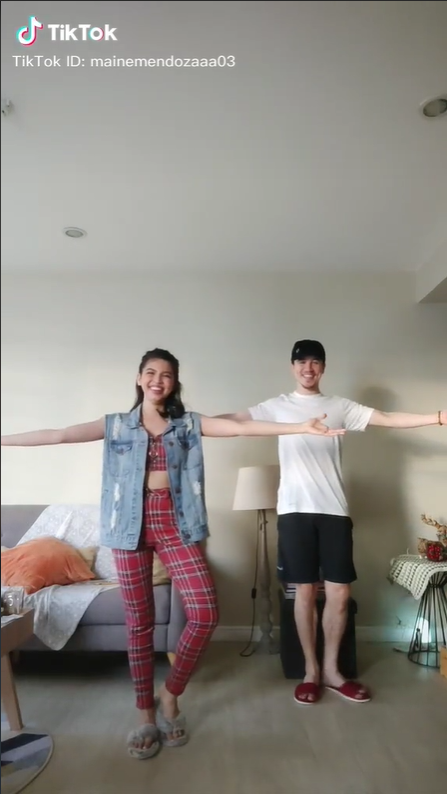 Creative Journeys that starts on TikTok

For many creators in the Philippines and around the world, this online haven is TikTok. The community built on the platform is one that celebrates individuality, while embracing diversity. Its culture of inclusion has created an environment that welcomes everyone, regardless of race, gender or age. It truly is the platform for all.

“TikTok will welcome you for who you are.” says veteran Filipino actress, Gina Pareno, also known online as Lola Gets. She proves that age is just a number on TikTok. She is currently thriving as a content creator, with over 900k followers and counting. She started posting on the platform after seeing her granddaughter making TikTok videos. Since then, her posts have been able to bring so much happiness to fans and followers.

“Whatever your passion may be, there is a place for you on TikTok. On this platform, you can showcase your talents for everyone to see,” says creator Yanyan de Jesus. He encourages everyone to not be afraid to show themselves, and being authentic is a formula that worked for Yanyan. In turn, he is fully welcomed by the community with 9.5M followers.

On TikTok, you have a positive community that supports your passion and loves your authentic self. As viral Filipino creator, Zendee, says, “It [the TikTok community] is like a family who supports what you want to do in life…It is really a big family!” Zendee herself became known for her parodies, and her followers love her for the sassy singer that she is.

This freedom to create has resulted in an influx of countless online trends, all of which started on TikTok. And it isn’t just the creators who make these viral. The entire community plays a part in it, too.

“We wanted to celebrate the community and the creators who have made TikTok part of Filipino culture. For the rest of our users and creators,  this is just the beginning. Your creative journey starts on TikTok,” says Castro.

From the #talachallenge to #savagelove, when you ride TikTok trends and take on hashtag challenges, you contribute to making the next viral trend on the app, and beyond. Together, the TikTok community has made an impact on culture and society, here and abroad, through the trends, viral videos, and creative content that started on the platform.

No matter what you have and who you are, TikTok welcomes you to join and share your creative ideas. Download TikTok today on your iOS and Android devices and start your TikTok moment with #itstartsonTikTok and #TikTokPhilippines.